The Dallas Cowboys are working out yet another free agent quarterback 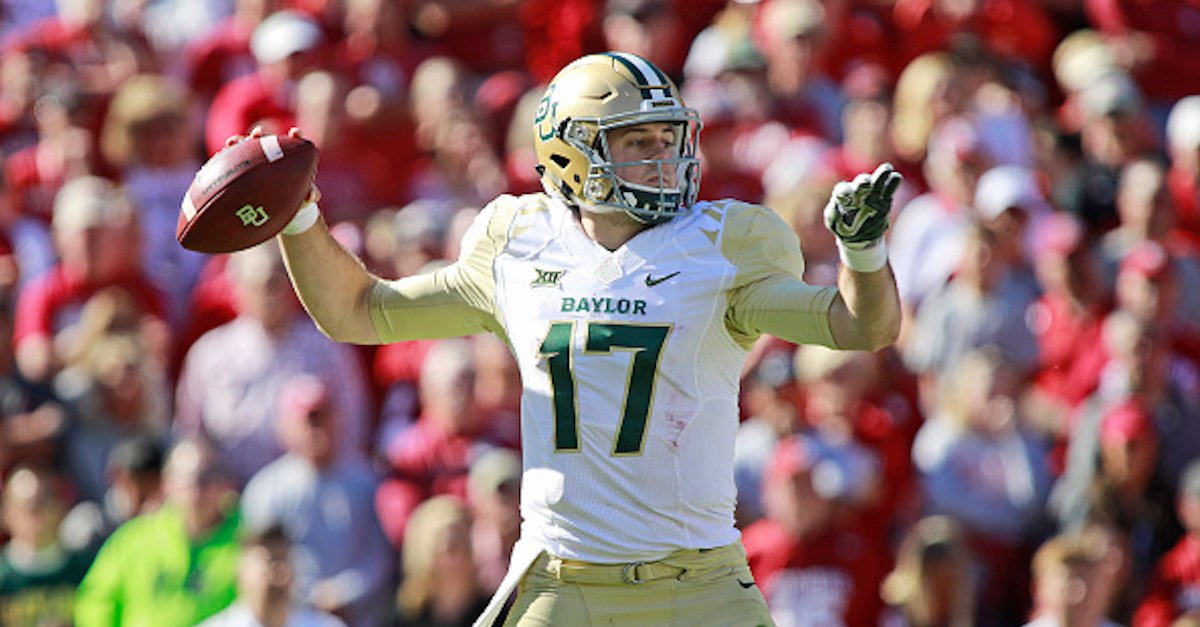 The Dallas Cowboys are firmly on the Dak Prescott bandwagon, and for good reason, but that doesn’t mean the team isn’t concerned about finding suitable depth to put behind him.

Tony Romo has chosen the TV booth over the clipboard, so that leaves Dallas with former Boise Bronco Kellen Moore as Prescott’s main backup.

Moore was a superstar at the college level, throwing for 14,667 yards and 142 touchdowns in four amazing seasons with the Broncos, but his NFL career has been a bust so far. He was picked up as a free agent by the Detroit Lions after the 2012 NFL draft but didn’t get any playing time in three seasons. Dallas picked him up in 2015 to be a backup for Romo and he’s only played in three games since, completing 61-of-104 passes for 779 yards, four touchdowns, and six interceptions — all in 2015.

Moore’s game has really never translated to the NFL, though that doesn’t mean he isn’t backup potential. Still, would Jerry Jones and the Cowboys be confident trying to make a playoff push with Moore if something were to happen to Prescott?

The answer to that question may be no.

Charean Williams of Pro Football Talk is reporting that while Dallas says it’s happy with Moore, the Cowboys have been checking out other quarterbacks. First, they worked out Ryan Nassib, former Giants fourth-round pick, but that apparently didn’t move the needle. Nassib has now signed with the Saints.

This week, another very interesting name worked out for the Cowboys, though, and he has a bit of a local tie: Seth Russell.

Russell is an undrafted free agent who made his name at Baylor on the high-flying offense of the Bears.

David Smoak of ESPN-Central Texas passed on Russell’s thoughts on the workout, as transcribed by Williams.

?The workout went really, really well. Scouts said they were going to send the film to the coaches and then they would let me know in 2-4 weeks, maybe sooner. They said I looked a lot stronger and had more zip on the ball. Legs looked really good and athletic.?

Russell suffered a season-ending ankle injury this past season while taking on the Oklahoma Sooners, and that’s what likely kept him from being drafted in this past NFL Draft. His production at Baylor, though, and his athletic ability should keep NFL teams interested in him as roles start to solidify over the summer and perhaps spots open up during OTAs.

He didn’t see the field as much as he would have liked to at Baylor, which is another reason NFL teams were likely concerned about him. He came off the bench in 2013 and started only one game in 2014. In 2015, his season was cut short due to a neck injury and of course, there’s the aforementioned ankle injury.

Still, Russell flashed a ton of talent in Waco. He threw for 5,461 yards and 60 touchdowns compared to just 18 interceptions. He also rushed 199 times for 1,240 yards and 20 touchdowns on the ground.

With a dual-threat quarterback already leading the way in Prescott, perhaps Russell would be a good fit for Dallas.