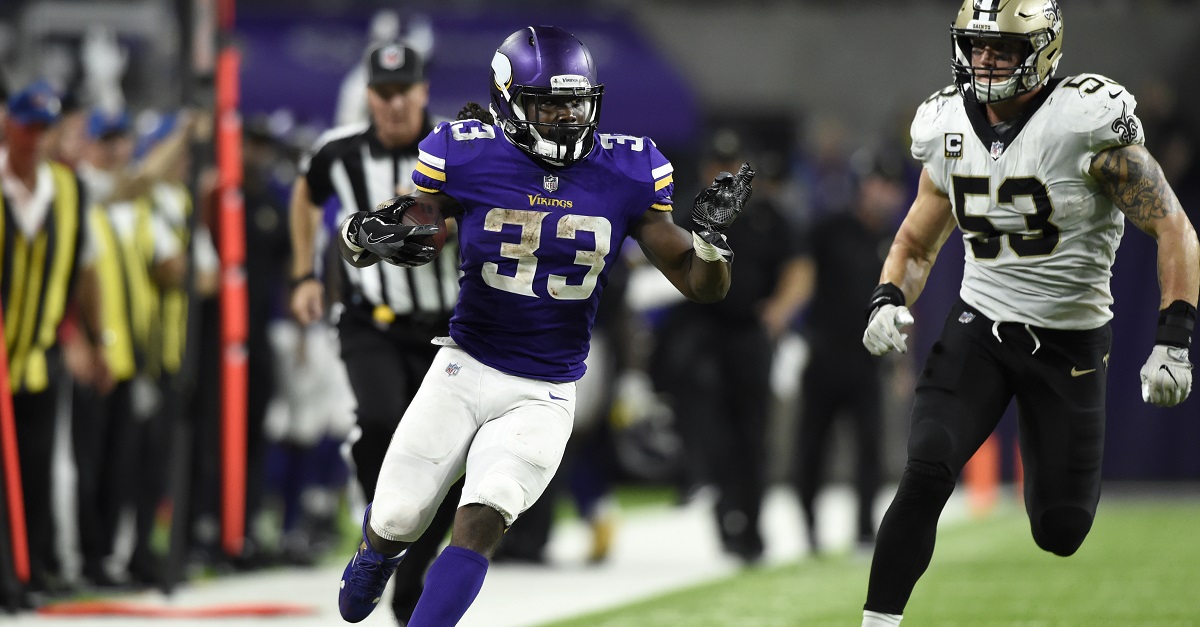 There were some concerns about Dalvin Cook heading into the NFL Draft, which is why he fell to the second round. Well, he’s making the Minnesota Vikings look like geniuses as he not only has kept his image clean off the field, but has looked fantastic on it. In his debut against the Saints — and Adrian Peterson — he beat a Vikings rookie record set by AP in his debut a decade ago with this run:

Cook finished the game with 127 rushing yards, which was 20 more than Peterson did in his Vikings debut.

Cook also had three catches for 10 yards. He didn’t record a touchdown, but that will undoubtedly come with time if he continues to play like he did in his first meaningful NFL game.