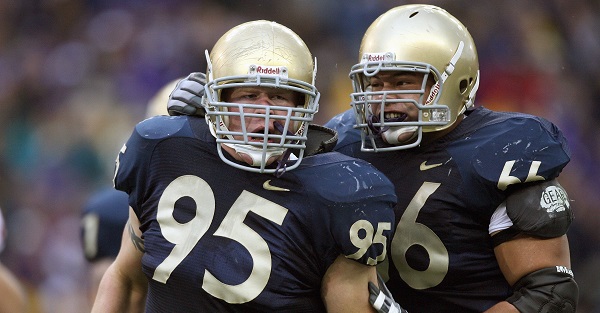 Daniel Te’o-Nesheim was last on an NFL field in 2013 and, at the very young age of 30, seemed to have much going for him as a former top-flight athlete that recently settled back into his high school alma mater as the team’s head football coach. Over the weekend, however, word tragically broke from KITV-ABC in Honolulu that the former Washington Huskies standout has passed away.

At this time, details and the cause of his passing are not yet available but this is, of course, tragic and unsettling. Te’o-Nesheim is one of the best defensive players in the history of Washington’s program and was the program’s leader in career sacks (30) at the end of his college stint in 2009.

Since then, Te’o-Nesheim played for four years at the NFL level with the Philadelphia Eagles and Tampa Bay Buccaneers, producing at a high level while displaying the kind of explosiveness and ability that made him a tremendous college player. Te’o-Nesheim hailed from Hawaii Preparatory Academy and that was his employer until his unfortunate passing.

R.I.P. Dan you will be missed …. a beautiful soul! pic.twitter.com/InXIooiMNA

Our thoughts are prayers are with his family and friends at this very difficult time.