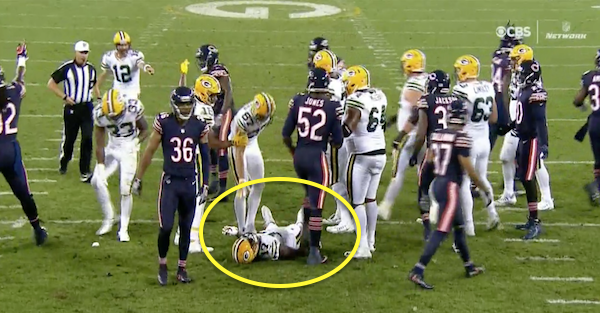 Adams had been stood up after catching an eight-yard pass, and Trevathan came out of nowhere with his helmet lowered and directed a strike to the helmet of Adams.

The reaction to Trevathan’s hit was swift:

Adams gave a thumbs up as he was carted off the field.

At the time of the injury, Adams had caught two passes for 13 yards and a touchdown. Trevathan had recorded 10 tackles.

Adams is conscious and has movement in all his extremities. He's been taken to a hospital for further testing.

Davante Adams is being evaluated for a head and neck injury, and possibility of a concussion