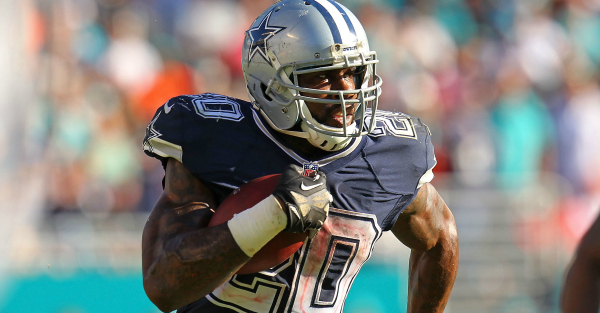 Rob Foldy/Getty Images
of the game at Sun Life Stadium on November 22, 2015 in Miami Gardens, Florida.

Darren McFadden suffered a broken elbow over Memorial Day weekend, and his recovery isn’t going as well as he hoped.

Dallas Morning News reporter Brandon George writes on Twitter that the running back may never be able to extend his right arm fully again.

Darren McFadden said he can't straighten his right arm all the way yet. Said it's "up in the air" if he'll ever be able to extend it all way

McFadden broke his elbow when he fell on his arm on concrete near a pool. He hasn’t practiced since the incident and is currently on the injured reserve list.

He told the Dallas Morning News that he thinks he’ll be ready to go in six weeks when he’s eligible to return.

The good news for Cowboys fans is the team won’t have to wait on him for production in the running game. Ezekiel Elliott has been predicted by many analysts as the favorite for Rookie of the Year.