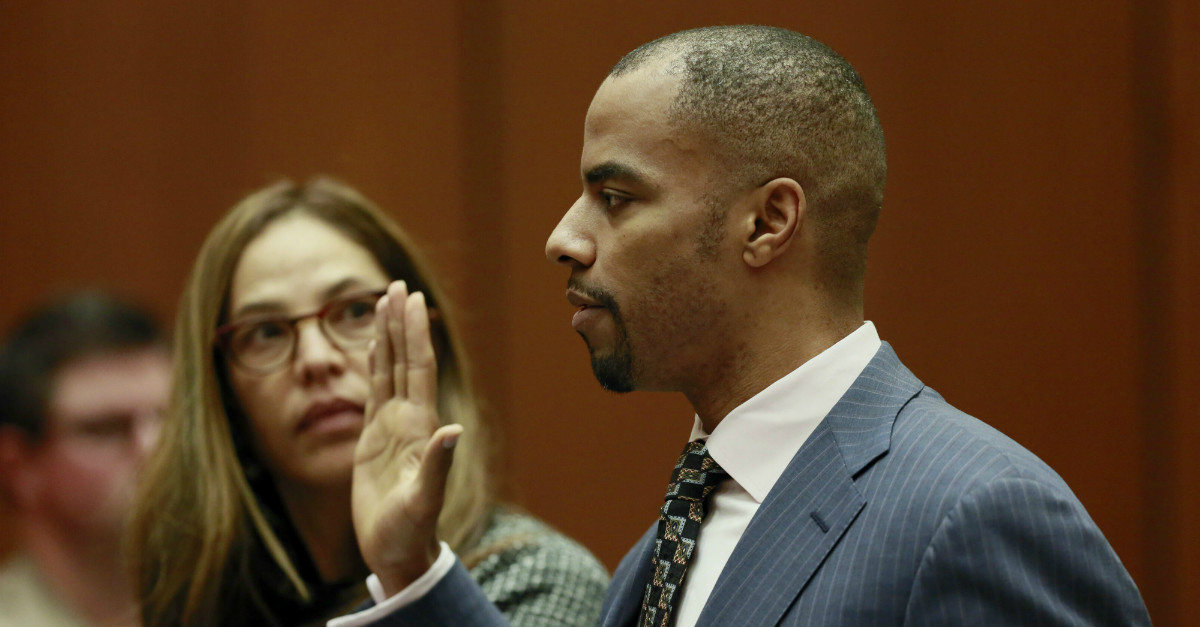 Terrible human being Darren Sharper was sentenced to 20 years in prison as part of his guilty plea in the sexual assault of nine different women in four different states. He’s likely to only serve around nine years in prison, though.

When the 39-year-old eventually leaves prison, he will be placed on lifetime probation in Arizona. While he did a get sweet deal to avoid a long prison term, the restrictions and monitoring this sicko will undergo are pretty bad.

“There is a significant period that is hanging over his head,” Cannizzaro told The Times-Picayune. “Essentially, he will be on probation for the rest of his life. He will be required to stay in Arizona for the larger portion of his life. So, from the perspective of the sentence, I do believe this is, to some extent, an onerous sentence on Mr. Sharper.”

He will not be allowed to drink, go to bars, liquor stores and is not allowed to date online. He will also undergo penile plethysmograph testing, in which a sensor is attached to his penis to gauge arousal by flashing sexually-explicit images in front of his face.

Sharper will also be tracked by GPS for up to five years by California officials.

“When he’s an old man, (the probation) will extremely limit what he can do, where he can go and who he can see,” Arizona criminal defense lawyer Howard Snader told The Advocate. “If you’re writing this from the angle that he’s never going to get out of the system, that’s correct. If you’re writing that he got a sweetheart deal, then, nah.”

I hope he has a miserable life and rots in hell when he dies.