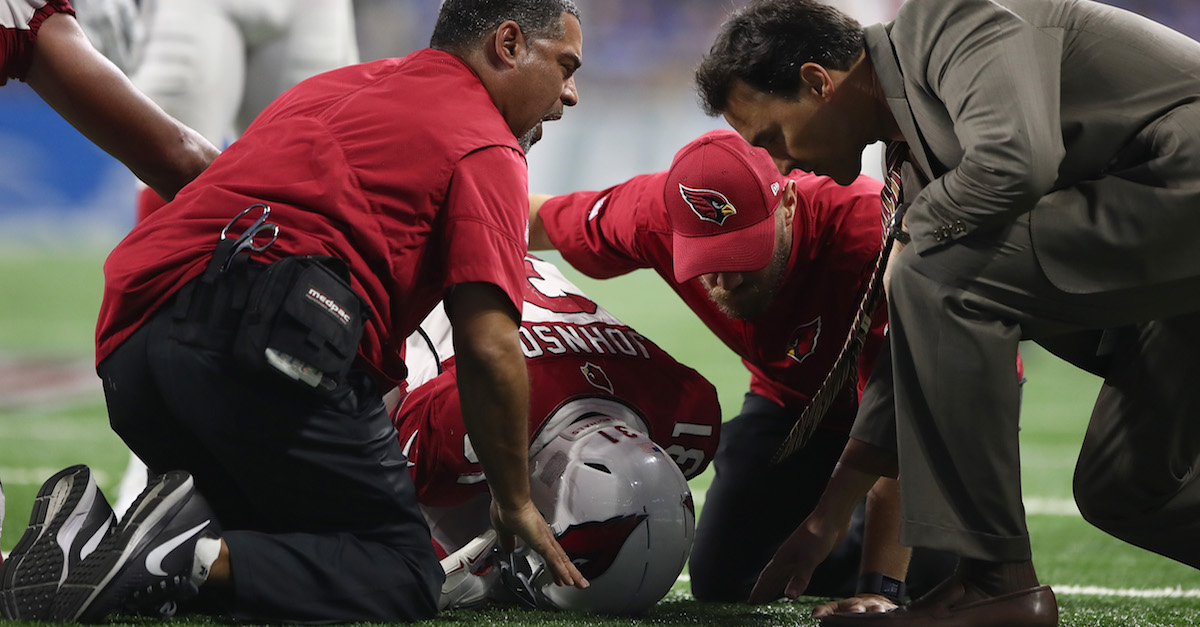 David Johnson is coming off a miserable season-opener, where he rushed for 23 yards on 11 carries and 68 yards on six receptions.

The Detroit Lions walloped the Arizona Cardinals to the tune of a 35-23 beatdown, and added literal injury to insult, knocking Johnson out of the game with a wrist injury.

This is bad: #AZCardinals coach Bruce Arians tells reporters David Johson’s initial prognosis is the same as TJ Logan… who is out 12 weeks.

Adam Schefter reports that wrist surgery is “possible,” and it appears Johnson is set to miss some time.

Schefter noted that different doctors have different opinions, but he could be an injured reserve candidate.

As @mortreport has said since Sunday, it could be 2-4 weeks for David Johnson, 3-4 months still possible. Depends on doctor recommendations.

This is bad news for a Cardinals team that couldn’t get anything going on offense Sunday.

Quarterback Carson Palmer looked like a shell of his former self, completing 27 passes for 269 yards, one touchdown and three interceptions. Simply put, the Cardinals offense looks like a disaster.

If you’ve got Johnson, time to pick up Kerwynn Williams.

Williams rushed five times for 10 yards and one score. He also caught one pass for two yards. He likely fills the void for Johnson in the meantime.

Former starter Andre Ellington is also an option. One has to wonder if this means the Cardinals take another chance on former 2,000-yard rusher Chris Johnson, who was released earlier in the offseason.