DeAndre Hopkins broke DeAngelo Hall’s ankles on the field, then his spirit on the Internet 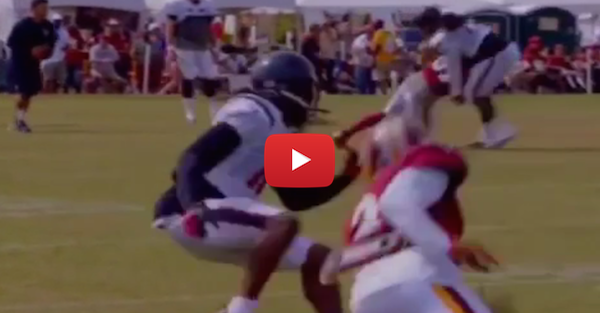 DeAndre Hopkins cooked up DeAngelo Hall on this week’s episode of HBO’s “Hard Knocks.” The wide receiver didn’t leave it on the field though, and continued slamming the defensive back on Twitter.

Hall tried to save face, and responded:

When the highlight of your career is catching a 10yd pass on a DB while he slips and you feel like you did something. #SadDayInFootball

It was all over from there though.

@Nukdabomb I'm good to go young fella. Here's some advice don't stutter on your comebacks they're too easy to read. Take it or leave it

It’s really a shame these two squads don’t face off this year.