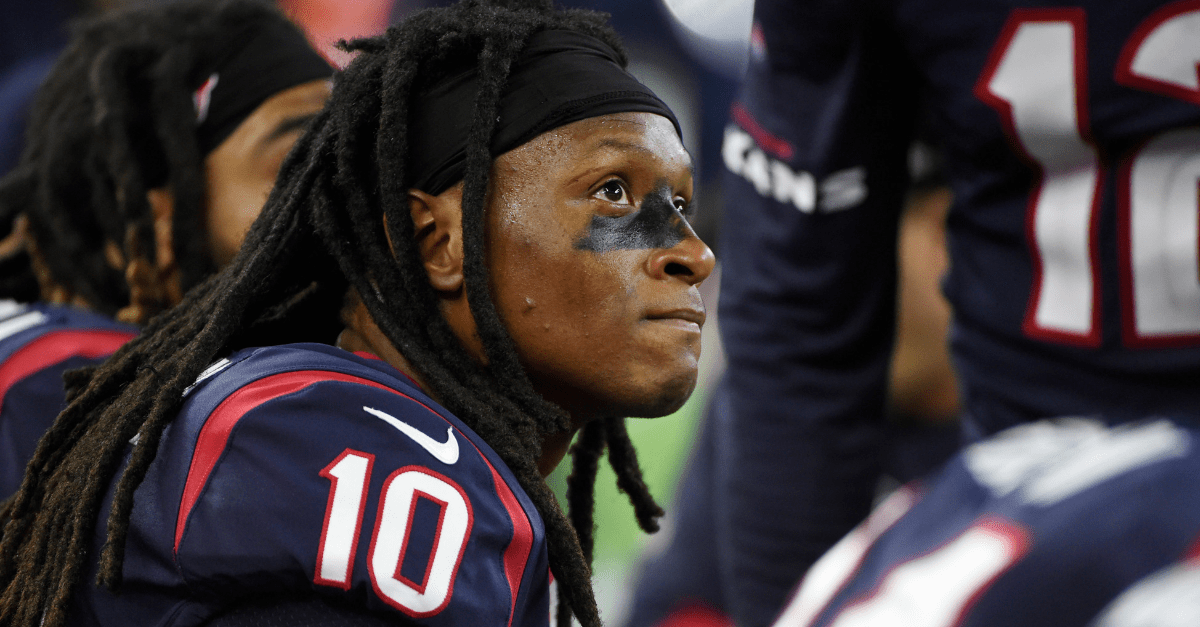 Houston Texans wide receiver DeAndre Hopkins is one of the best players in the NFL, both on and off the field. He often draws comparisons to other sports legends and knows how to impact a community or other people in need. There?s now another project in the works that is a heavy mix of personal and inspirational.

Back in 2002, when the three-time Pro Bowl selection was just a little boy, his mother, Sabrina Greenlee, was attacked and blinded. According to the Houston Chronicle, a woman, who was unknowingly also dating her boyfriend, threw a dangerous mixture of lye and bleach in her face, burning her body and costing Greenlee her eyesight. She lost all vision in her right eye and was left 40 percent blind in her left eye. The attacker received a 20-year prison sentence, but it left Greenlee facing an even tougher road.

Greenlee was a single mother of four children, already battling the struggles of parenthood. Adding a vicious attack of domestic violence and barely any vision on top of it? No way, right? Well, Greenlee is the definition of brave and courageous.

That?s why BRON Studios, in partnership with Good Feat and Kituufu Films, is creating a movie about the All-Pro wideout?s mom simply called ?Sabrina.?

The film will be directed by Sam Bailey, and Kristen Buckley will write the screenplay, per Variety. It will be produced by Chris Bender and Jake Weiner (Good Fear), Humble Lukanga (Kituufu Films) and Aaron L. Gilbert (BRON Studios).

?BRON prides itself on telling real human stories that highlight the strength of spirit,? Gilbert said. ?When I heard the story of this extraordinary woman and her incredible family, we had to get involved.?

?My mom has always put everyone before herself and sacrificed things unimaginable. Now it?s time for people to see her true value and learn that giving up is not an option.?

Hopkins, the first-round draft pick (No. 27 overall) in the 2013 NFL Draft out of Clemson, is coming off one of his best years as a professional.

Nothing has been released as to who will play Sabrina Greenlee, DeAndre Hopkins? mother, in the feature film about her life story or the superstar wide receiver nicknamed ?Nuk,? but this is an amazing project and a must-see on the big screen when it gets released.