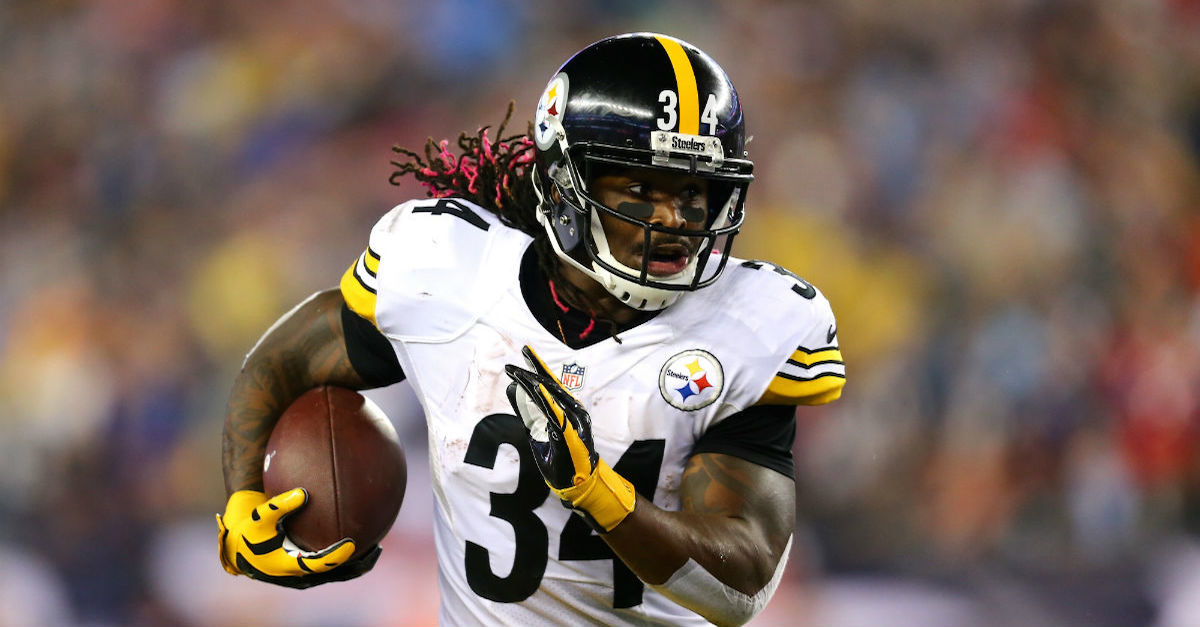 On Monday, Pittsburgh Steelers running back DeAngelo Williams tweeted a picture of the paperwork from the Carolina Panthers — it was Carolina notifying Williams of his release back in March of 2015. Williams, unsurprisingly, claims that he uses the paperwork as motivation.

I am driven from within, but walking by this every morning absolutely adds fuel to the fire! #MotivationMonday pic.twitter.com/SQu8SiaN4Y

A Pats fan decided to respond, and told Williams that he would be “respected” in the Pats’ backfield. Williams responded by saying apparently one player — quarterback Tom Brady, of course — in the entire Patriots locker room likes Belichick, and added that he’s just fine staying put in Pittsburgh.

@DeAngeloRB @TheRealGresh @NFL You'd be respected in New England. Would love to see you in our backfield.

From what I'm told only tom Brady likes the head coach so no thank u I'm happy where I am https://t.co/WILRq6FbSu

This probably doesn’t mean much, but it’s interesting to say the least. I’m sure Belichick’s response will be something like this, when a reporter asked him why he had a black eye back in January.