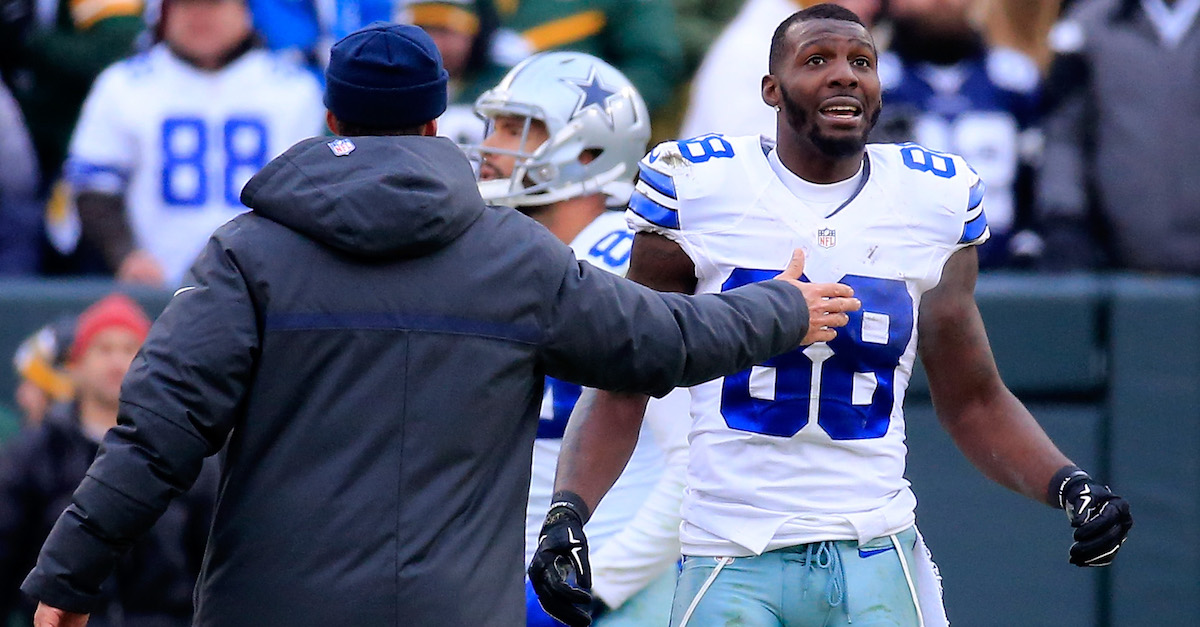 Rob Carr/Getty Images
GREEN BAY, WI - JANUARY 11: Dez Bryant #88 of the Dallas Cowboys waits for a replay on a call late in the fourth quarter against the Green Bay Packers during the 2015 NFC Divisional Playoff game at Lambeau Field on January 11, 2015 in Green Bay, Wisconsin. (Photo by Rob Carr/Getty Images)

On Tuesday, the NFL’s competition committee met to revamp the catch rule, and naturally Bryant’s catch came up. After a discussion, the committee were “unanimous” according to ESPN’s discussion with New York Giants owner John Mara in agreement that it was in fact a catch:

“I think where we are unanimous,” Mara told ESPN Tuesday, “[are] plays like the Dez Bryant play in Green Bay, going to the ground, the Calvin Johnson play from a couple of years ago. I think all of us agree that those should be completions. So let’s write the language to make them completions.”

Bryant’s catch was one of the first in a succession of questionable decisions on Calvin Johnson, Jesse James and others.

Bryant’s no-catch allowed the Packers to hold on for the 26-21 victory, sending them to the NFC Championship game instead of the Cowboys. The Seattle Seahawks would beat the Packers, 28-22, in the conference title game before moving on to the Super Bowl.