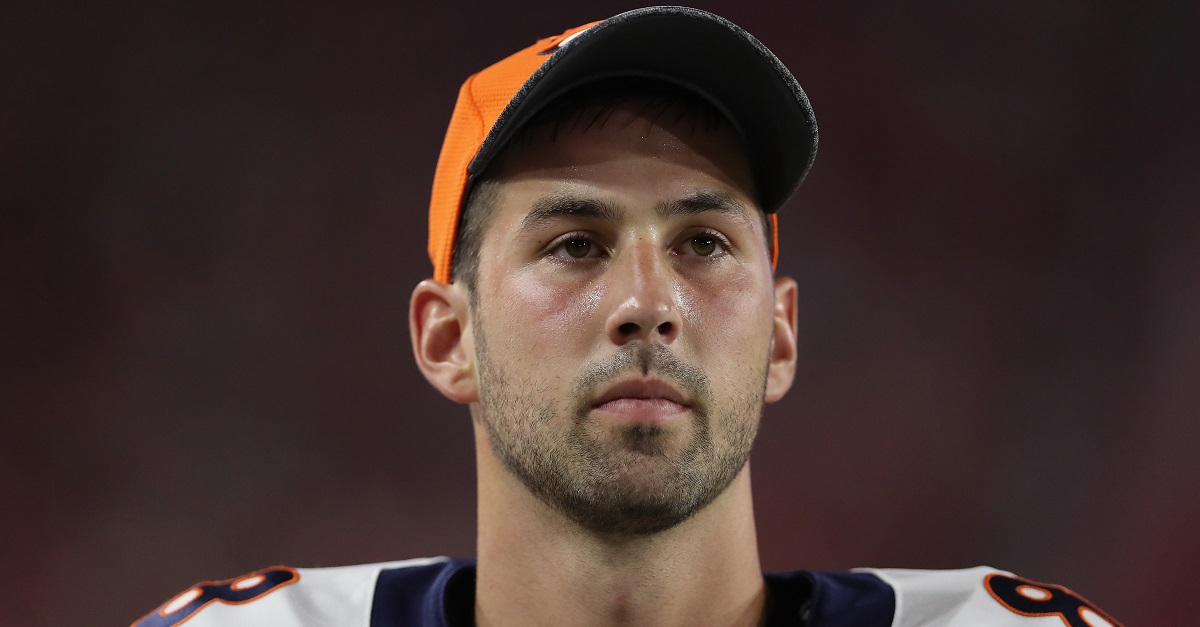 Christian Petersen/Getty Images
GLENDALE, AZ - SEPTEMBER 01: Kicker Brandon McManus #8 of the Denver Broncos on the sidelines during the preseaon NFL game against the Arizona Cardinals at the University of Phoenix Stadium on September 1, 2016 in Glendale, Arizona. The Cardinals defeated the Broncos 38-17. (Photo by Christian Petersen/Getty Images)

The Denver Broncos might struggle on offense this year, but the one place they are now shored up is on special teams. The team has re-signed kicker Brandon McManus to a pretty hefty deal for a kicker:

#Broncos K Brandon McManus signed a 3-year extension worth $11.254M, per source. $6M of it guaranteed. 4th highest paid kicker in the NFL

And John Elway confirmed it as well:

We've agreed to terms with Brandon McManus on a new four-year deal. Brandon's made a lot of big kicks & is an important weapon for our team! pic.twitter.com/dgPq6QYhF0