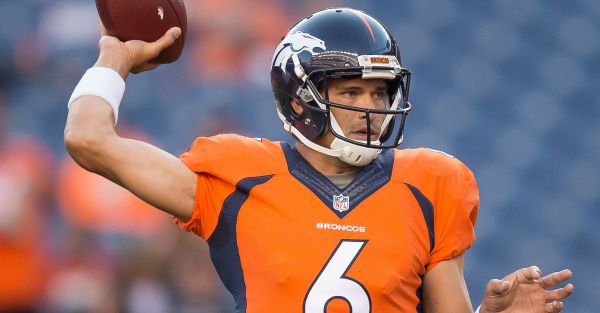 RELATED: Mark Sanchez, a former fifth-overall pick, has been an absolute disaster as his career reaches a new low

Sanchez, who had lost the starting quarterback job to Trevor Siemian, was owned $4.5 million in 2016, a price that was too steep for the Dallas Cowboys who were seen as the likeliest trade partner after losing Tony Romo for at least two months.

With Broncos releasing QB Mark Sanchez, they save $4.5 million and don't have to pay Eagles the conditional 7th-round pick.

The Cowboys, who couldn’t justify Sanchez’s price tag wasted no time courting the new free agent, who is expected to sign with the team, according to ESPN’s Adam Schefter.

Denver is now left with two very inexperienced quarterbacks in Siemian and rookie Paxton Lynch while Dallas has the veteran backup they were searching for all along.

Sanchez has 10 total starts in the past two years and a 4-6 record with the Philadelphia Eagles. He was signed in by Denver on March 11, 2016.