After 13 years with one team, four-time Pro Bowler set to hit free agency 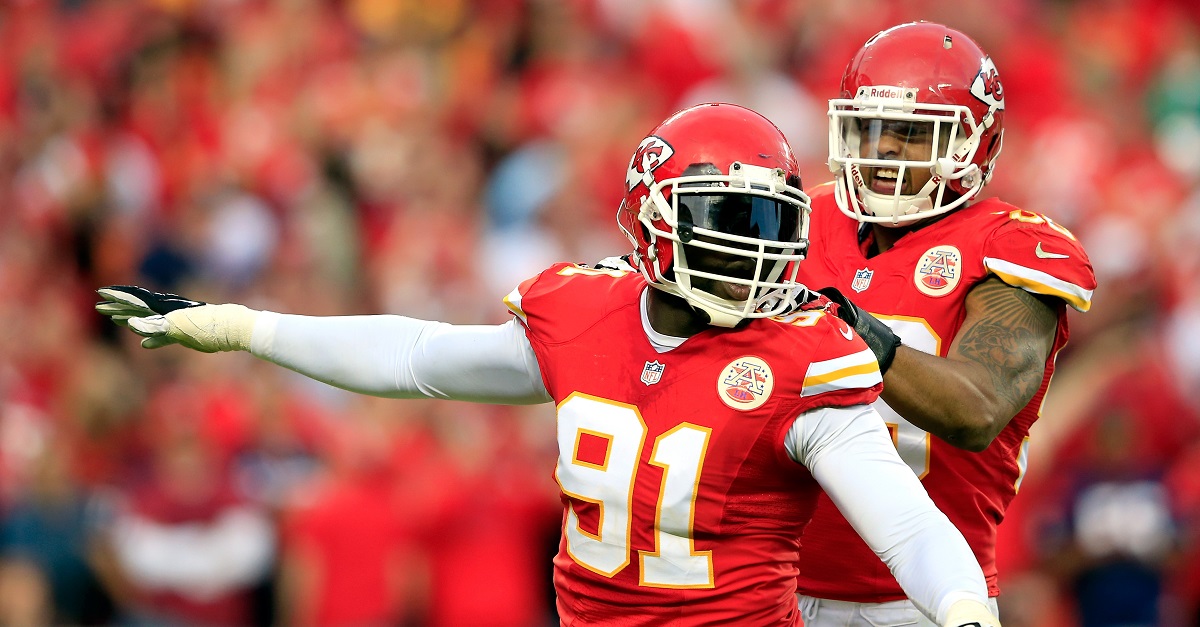 Jamie Squire/Getty Images
KANSAS CITY, MO - OCTOBER 20: Outside linebacker Tamba Hali #91 of the Kansas City Chiefs is congratulated by inside linebacker Derrick Johnson #56 after sacking quarterback Case Keenum #7 of the Houston Texans late in the 2nd half of the game at Arrowhead Stadium on October 20, 2013 in Kansas City, Missouri. (Photo by Jamie Squire/Getty Images)

Derrick Johnson has been with the Kansas City Chiefs since he was drafted by them in 2005 with the 15th overall pick. However, it would appear that his 13-year stint with the team is now over as the team announced they will let him hit free agency this offseason.

And he’s looking to play more football despite his advanced age (for the NFL) of 35.

Chiefs' LB Derrick Johnson's contract voided after this season, and he now will become an unrestricted free agent. The 35-year-old Johnson, who made two game-changing plays in wild-card game vs. Titans that were nullified due to penalty, wants to play more seasons.

Johnson is a four-time Pro Bowler and has been a first-team All-Pro once in his career. He has over 1,100 career tackles as well as 27.5 sacks and 23 forced fumbles. This year, he appeared in 15 regular season games and recorded a forced fumble and fumble recovery as well as 48 solo tackles.