Teammate went out of his way with pointed criticism of former No. 1 pick Jameis Winston 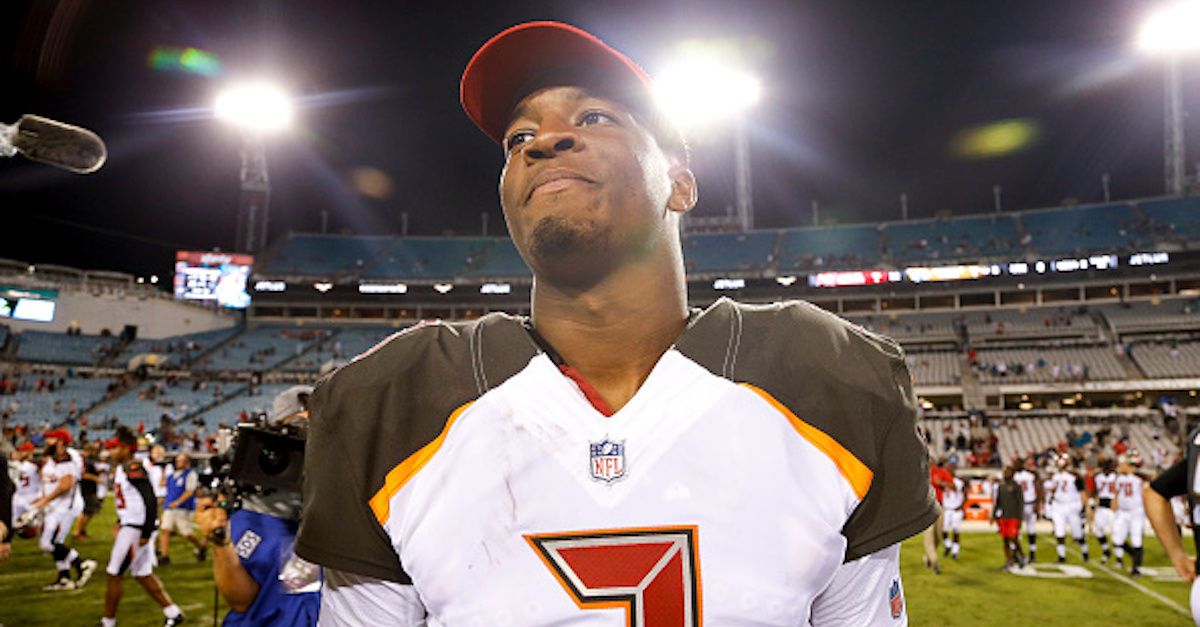 According to Jameis Winston’s Tampa Bay Buccaneers teammate DeSean Jackson, the gunslinger needs to stop trying to ?impress the world,? and instead start playing his game.

During an appearance on ESPN’s First Take, Jackson went into great detail about what he believes is happening with Winston.

“I think he needs to continue to be what he was that made him be Jameis Winston,” Jackson said. “As far as coming from Florida State, winning the national championship. I actually talked to him at the end of the season. I’ve got experience with the quarterbacks I’ve played with in the past. I think he has to come in there, which he is already doing and just being professional, and just go back to the steps when I was a young kid or I was in high school and just have fun with it. You try to impress and say, “Hey, I want to do this,’ and show them ‘I can do this or show them I can do this or that.’ But you’ve got to kind of get away from that and just going back to playing ball in the yard. How we were playing when we were young. That’s what I tell him. You’ve got to back to getting comfortable and being Jameis Winston who we all know he can be. The past two years, he had 4,000 yards passing so I just stressed onto him, everything, all the intangibles he has everything.

“I’ve seen him play. I’ve seen him on the practice field, he has the leadership. He has everything to be their guy. It’s just going back, have fun and not trying to impress the world. Just be yourself.”

By no stretch of the imagination was Jackson saying anything inflammatory. If anything, suggesting someone should be themselves is some solid advice.

That being said, it isn’t unnatural for a young quarterback to want to prove he’s a bunch of things to people in power when he gets to the next level. With experience, though, Winston will likely find his own voice off and on the field.

Tampa Bay finished the season with an overall record of 5-11.