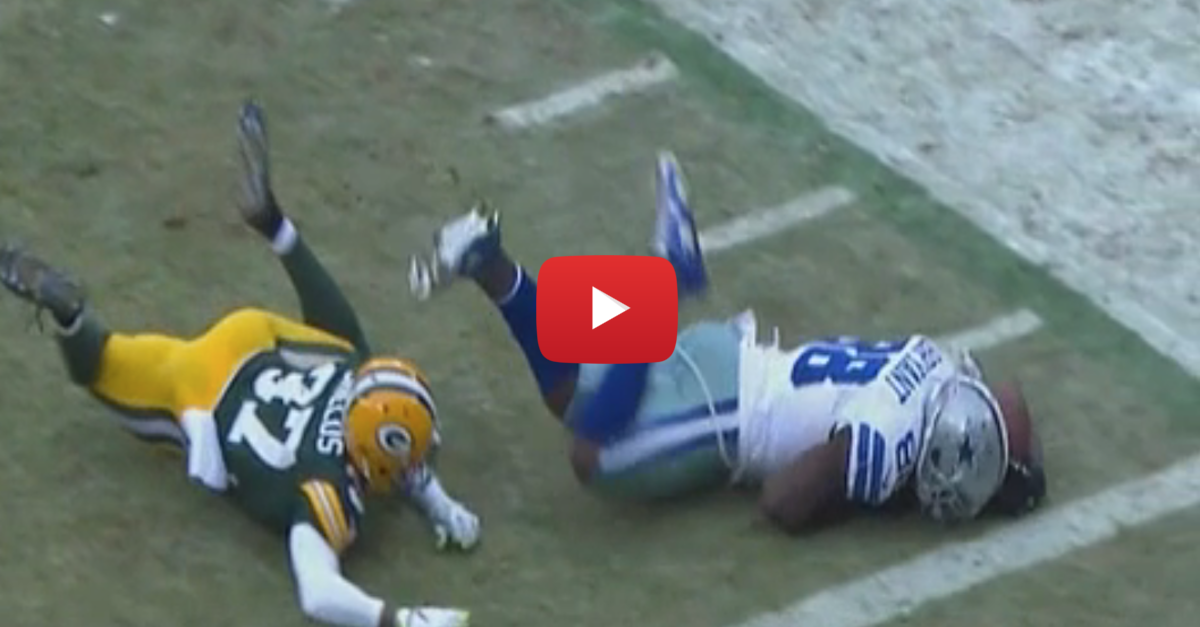 Dallas Cowboys wide receiver Dez Bryant had one of the more clutch fourth-down receptions in recent memory. That was until the catch was overturned in dramatic fashion and the Green Bay Packers held on for the win in last year’s playoffs.

After a ton of controversy surrounding whether Bryant made a “football move” before losing the ball, the NFL has revamped the rule, and somehow made it worse, via Mike Pereira:

“A player is considered to be going to the ground if he does not remain upright long enough to demonstrate that he is clearly a runner. If a player goes to the ground in the act of catching a pass (with or without contact by an opponent), he must maintain control of the ball until after his initial contact with the ground, whether in the field of play or the end zone. If he loses control of the ball and the ball touches the ground before he regains control, the pass is incomplete. If he regains control prior [to] the ball touching the ground, the pass is complete.”

Overall, the rule gets a little tinkering, but no real adjustment and Bryant’s catch still wouldn’t have counted.