Did the Seahawks get caught using deflated footballs on Monday night? 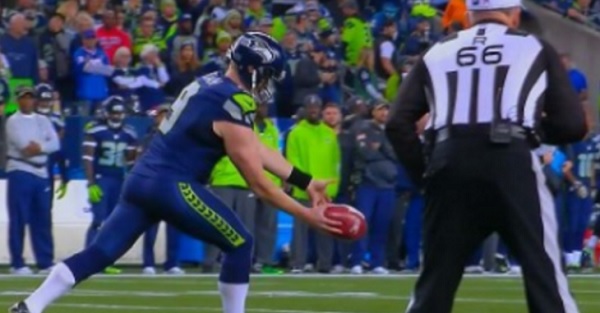 Deflategate appeared to finally end with Tom Brady’s suspension earlier this year, so I guess that means it’s time for the sequel.

The first photo there appears to show an under-inflated football from a Seahawks-Panthers game in 2015. The other two photos are from Monday night, where a ball looked morphed while being held by Seattle punter Jon Ryan.

Another look: (photo via USA Today)

There could be reasonable explanations for these photos; still images are never going to be the most definitive thing. However, fans took to social media to express their displeasure.

Wait, so there's photographic evidence of deflated footballs used by Seattle? When will this be looked into? @NFL @ESPNNFL

@NFL yall ain't gone do nothing about seattle? The deflated ball or the refs or Sherman. I see you nfl. Wonder why no one watches.

I guess no one is going to talk about how deflated Seattle's football was last night? #Integrity @nflcommish @NFL @SportsCenter @espn

@nfl @nflcommish any comments on the balls used in seattle ? Look to me like they were very deflated….. integrity of the game right ?

The ultimate coincidence? The head official for Monday’s game was Walt Anderson, who was the same official in charge of the infamous Deflategate game between the Patriots and Colts in the 2014-15 Playoffs.