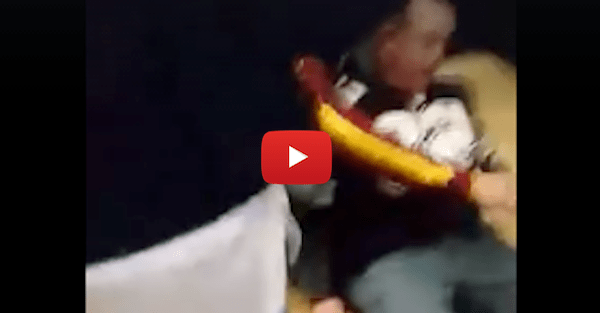 The Dallas Cowboys held on for a narrow win Monday night to keep their playoff hopes alive, but after the football game came the real fireworks.

Fans of these rival teams threw down in what looked like an all-out brawl at FedEx Field, with the video ending on a Dallas fan laid out and an officer’s foot on what appeared to be the weapon.

According to Fox 5 in D.C., per Uproxx, the police are aware of this video. Two people were reportedly arrested.