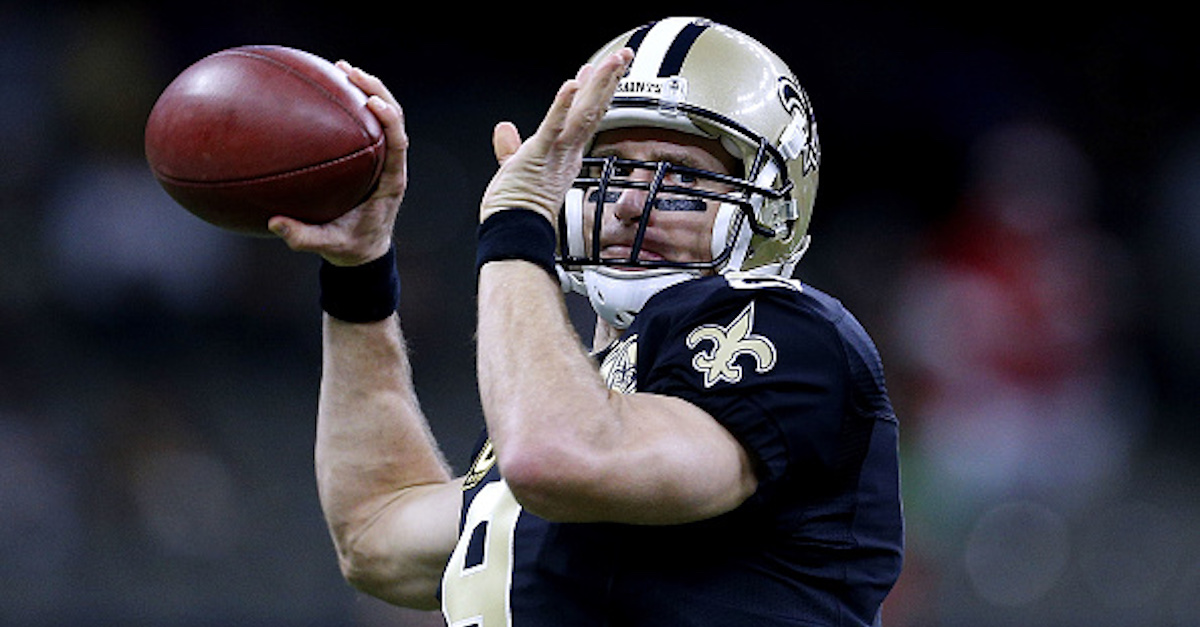 Drew Brees has been with the New Orleans Saints since 2006, and it doesn’t appear that he’s going anywhere else anytime soon.

This, despite the fact that Brees is set to become a free agent once this NFL season ends.

Technically, Brees could shop his services as a more-than-serviceable veteran quarterback with Super Bowl-winning experience. Sure, he may not be the 4o-plus touchdown-a-season phenom he once was, but even at nearly 4o-years-old, Brees can still sling the rock.

There are plenty of franchises hungry for a quarterback like Brees who would pay him what he’s worth, but for what it’s worth, he recently made his thoughts on his impending free agency extremely clear.

He didn’t tell ESPN or some other sports organization, though. No, his announcement came on Ellen:

Of course, Brees’ thoughts are all contingent on the Saints and him coming together at a fair price for a star quarterback who has been around the league for 17 seasons, but if Tom Brady continues to ball-out at his age, why can’t Brees make an argument that he still has plenty of seasons left as a top-tier quarterback?

It will be interesting to see how the two parties come together, but it seems like a certainty that they will.