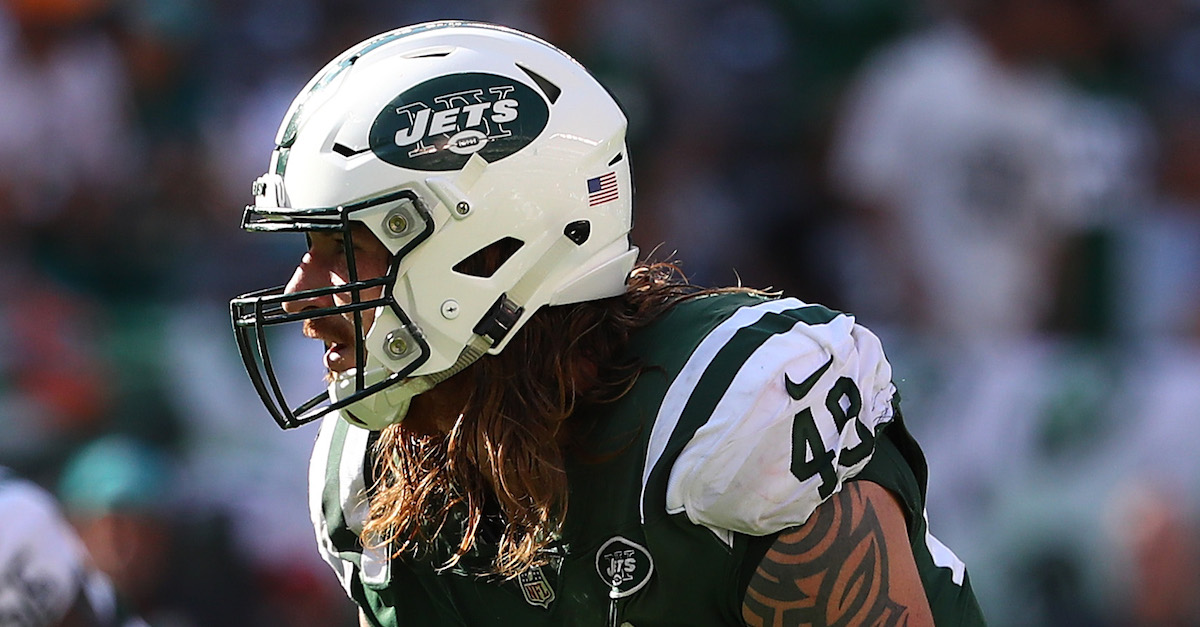 New York Jets linebacker Dylan Donahue was drunk, police say, when he drove the wrong way in the Lincoln Tunnel, per the Associated Press.

The former fifth-round pick has been charged with drunken driving after he was arrested Monday morning.

According to the report, Donahue drove around traffic cones and collided with a bus, which had 15 people onboard.

Four passengers were taken to the hospital, but Donahue was not injured.