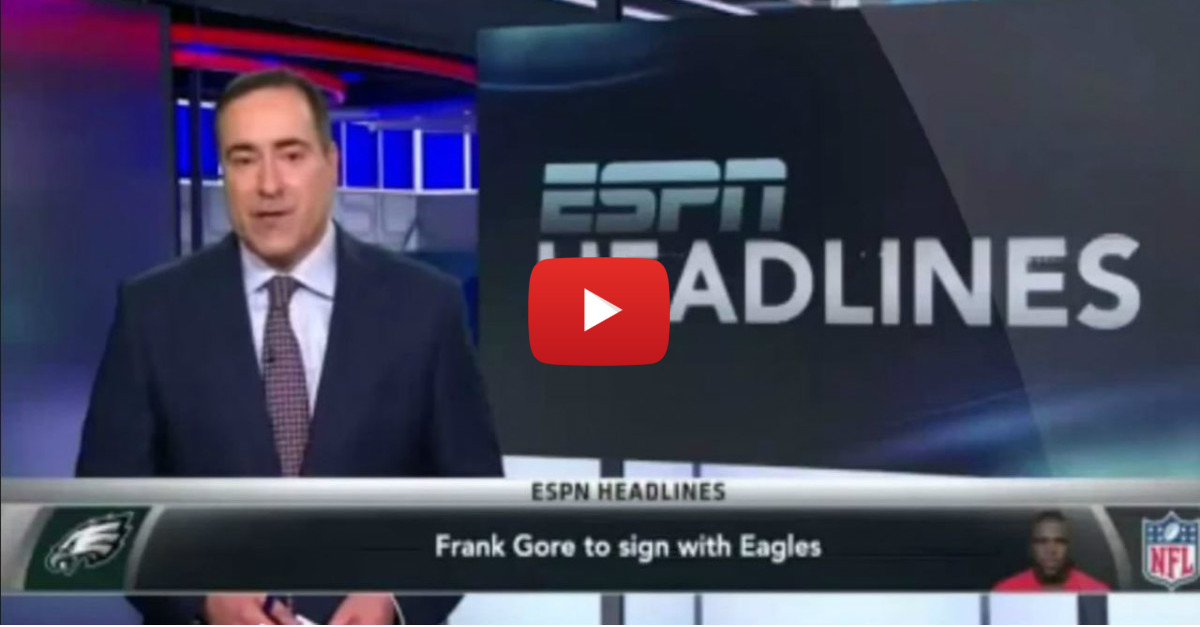 Frank Gore is going to go down as one of the greatest Eagles of all-time. I’ll never forget that game where he rushed for 200 yards against the Dallas Cowboys at Jerry World, leading him to stomp all over the Dallas star at midfield. Great memories.

Eagles fans honored Gore’s tenure with the team with this incredible tribute video perfectly paired with Sarah McLachlan’s “I Will Remember You.” Obviously, all of this is a joke.

Gore reportedly had agreed to a deal with the Eagles, but then backed out of it to sign with the Indianapolis Colts. According to Fox Sports, Gore had serious doubts about Chip Kelly and his overbearing approach in Philadelphia.

But thankfully, we can always remember Gore’s legacy with the Eagles in the form of this video. We’ll never forget that time Gore was an Eagle. Here’s to hoping that his jersey is retired by the team. He definitely deserves it.