One day after he was called a “cancer,” former No. 10 overall pick has been suspended 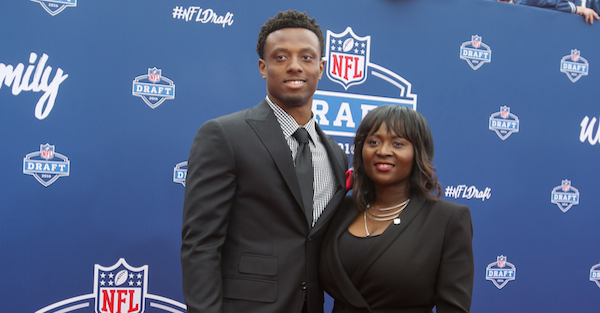 Eli Apple had a rough week and he was not alone with regard to the New York Giants organization. The former No. 10 overall pick was called a ?cancer? by teammate and fellow defensive back Landon Collins in the media and that shot across the bow arrived just hours after Apple did not appear at all during New York?s Week 16 loss that sent the team to a 2-13 record.

Now, the Giants have handed down internal discipline for Apple, as the team announced a suspension on Wednesday. Interim GM Kevin Abrams said that the suspension was on the heels of ?a pattern of behavior that is detrimental to the team,? even if there was seemingly a positive meeting between head coach Steve Spagnuolo and the secondary duo of Collins and Apple.

No further insight is available as to Apple?s specific infractions but Spagnuolo emphasized that New York?s decision to sir him in Week 16 was performance related. This is certainly a situation to monitor moving forward but, for now, Apple?s 2017 season seems to be over.