It's been about seven years since the Jets have started 4-2, and yet, Elijah Moore wants out. And nowadays, whenever someone has a controversial opinion, Twitter does what it does best, and users from far, far away butt in to get their questionable takes in. This time, however, Twitter was able to potentially uncover a secret account of Elijah Moore, commonly known as a burner account. 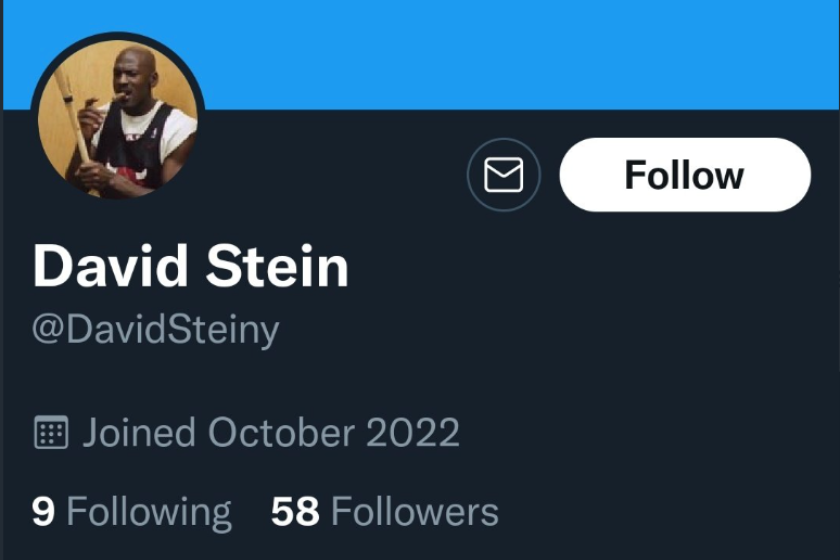 What seemed to have gotten the attention of Twitter users was that this "David Stein" was incredibly-- like over-the-top in the highest way-- in defense of Elijah Moore.

And the reason that's peculiar is because, well, he's not a superstar receiver yet, so anyone defending Moore to that extent was already a bit of an outlier.

On almost every tweet from @DavidSteiny-- what appears to be Elijah Moore's burner-- there was over-the-top defense on all tweets referencing Elijah Moore.

One response that really made me think it was Moore was when a New York Jets Press account said Moore was pouting, and "Stein" replied: "Pouting? (two laughing emojis) crazy how when players want their worth to be recognized they get talked about like this."

Not only would it be odd for an actual person other than Elijah Moore to say this, but he tweets stuff like this under many tweets that reference Elijah Moore in any negative light.

While it's not confirmed to be Elijah Moore behind the David Stein profile-- that was recently deleted after people started putting things together-- it's incredibly likely due to the fact that every reply Stein made was in response to a tweet with "Elijah Moore" in it.

It's almost like Moore just went on Twitter, typed "Elijah Moore" and just started replying with his burner.

Elijah Moore likely won't come out and say it was him behind the account, but based on what's available, it's more likely than not that Elijah Moore was David Stein.