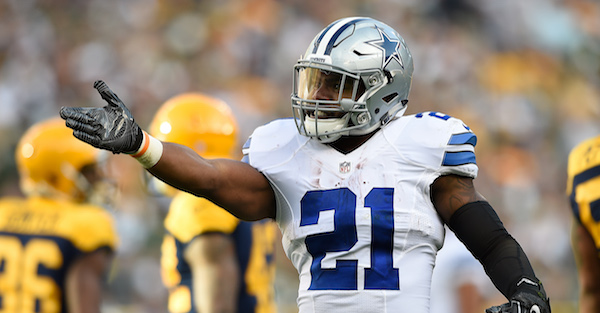 The NFL has reached the halfway point of the season, and ESPN decided to hand out midseason awards.

If the season ended today, Dallas Cowboys rookie running back Ezekiel Elliott would the league’s MVP according to fans and ESPN.

The fans have voted, and the winner of the Midseason MVP this Year is… pic.twitter.com/GGDE43qu5X

Ezekiel Elliott comes away with three of our Midseason Awards. pic.twitter.com/ORz6KBwOEb

Of course, if Elliott wants to transform that into a full-season award, he might need some reprieve from the NFL. Elliott could potentially face punishment for domestic violence claims, and the NFL is currently investigating the situation.

Elliott leads the league in rushing with 799 yards through only seven games. Former Cowboys and current Tennessee Titans running back DeMarco Murray is second in the NFL with 756 yards through eight games.