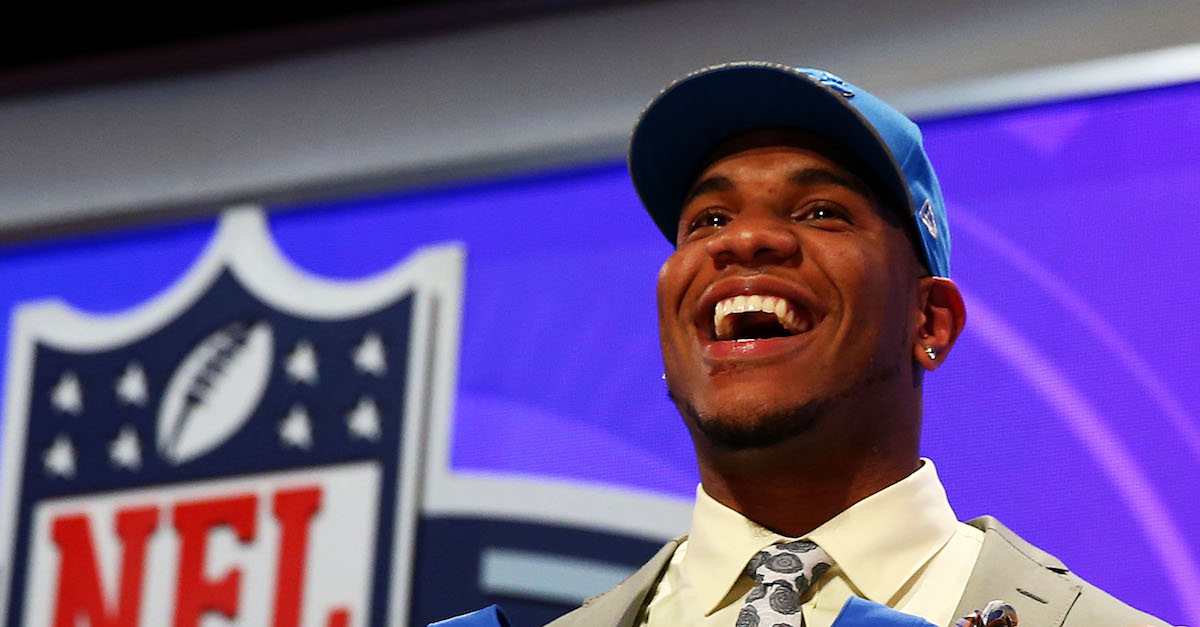 Elsa/Getty Images
NEW YORK, NY - MAY 08: Eric Ebron of the North Carolina Tar Heels poses with a jersey after he was picked #10 overall by the Detroit Lions during the first round of the 2014 NFL Draft at Radio City Music Hall on May 8, 2014 in New York City. (Photo by Elsa/Getty Images)

The Lions made him the No. 10 overall pick in the 2014 NFL Draft, and many expected the former North Carolina Tar Heels star to add another dimension to Detroit’s dangerous passing attack.

However, he did everything but that. In 46 career games, Ebron has caught 146 passes for 1,598 yards and eight touchdowns.

Now, it looks like Detroit is ready to pull the plug on the fourth-year tight end.

According to Pro Football Talk, a league source has said the Lions are actively looking to trade Ebron and will “almost surely” deal him before the deadline on Tuesday.

Who could potentially swing a deal for the young tight end? Well, it would make sense for a playoff contender to take a hard look at him, as his production will likely only require a late-round draft pick in return.

A team like the Jacksonville Jaguars, who just stole Marcell Dareus from the Buffalo Bills, could look to tack on Ebron as they look to take the AFC South.

The Los Angeles Rams, the surprise team of the NFL this season, are vying for a playoff spot and are battling with the Seattle Seahawks in the NFC West. Maybe the Rams swing a deal for Ebron to give Jared Goff another option in the passing game and balance out a potent running attack led by Todd Gurley.

Regardless, Ebron’s tenure in the Motor City is coming to an end.