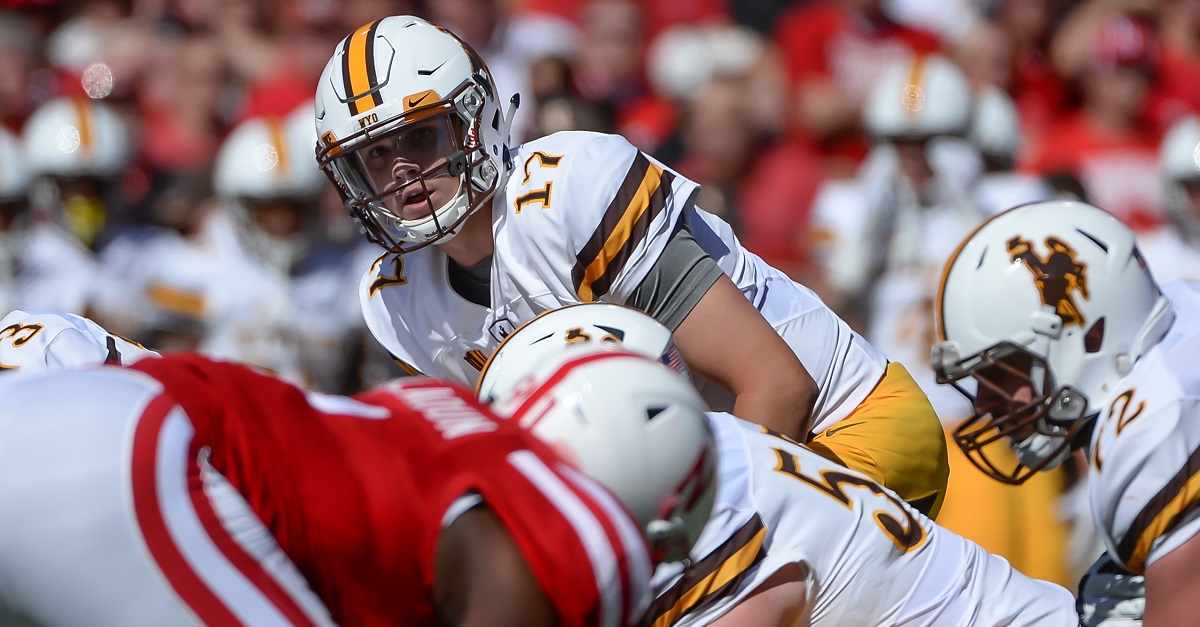 Most people expect the Cleveland Browns to select a quarterback with either the No. 1 or No. 4 overall pick in the first round, but ESPN’s Mel Kiper has four players ranked ahead of the first QB on his NFL Draft Big Board.

Kiper ranked the top 25 players for this year’s class, and the first quarterback is former Wyoming quarterback Josh Allen at No. 5.

To be fair, Kiper had Allen going No. 1 to the Browns in his first mock draft.

“Allen (6-5, 237) is super raw, but he can really sling it,” Kiper wrote. “There’s a reason he went No. 1 in my Mock Draft 1.0. He got better every day at Senior Bowl practices in Mobile, Alabama, where he was on the same team as Baker Mayfield.”

USC QB Sam Darnold and UCLA QB Josh Rosen followed Allen at No. 6 and No. 7 on the Big Board. Oklahoma QB Baker Mayfield checked in at No. 10.

It would be shocking if a quarterback didn’t go in the top four of the draft considering there are several teams that need a QB.

It’s unclear who that quarterback will be, but there doesn’t seem to be a consensus pick for the top QB in this draft.