Ex-Kaepernick teammate to the QB: “You should have some f***ing respect” 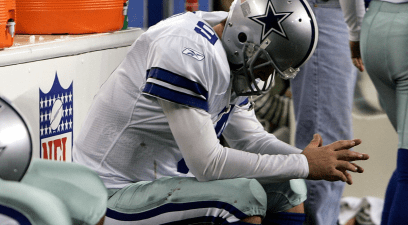 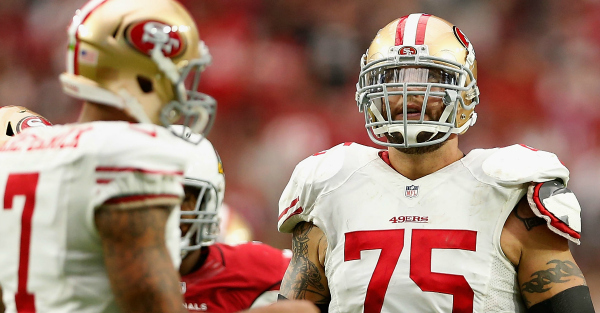 Christian Petersen/Getty Image
during the NFL game at the University of Phoenix Stadium on September 27, 2015 in Glendale, Arizona.

A former teammate of Colin Kaepernick thinks it’s shameful the quarterback didn’t stand for the national anthem before a preseason game.

Alex Boone, an offensive lineman who helped block for Kaepernick for five years before heading to Minnesota this spring, says his former teammate should stand for the anthem to show respect for troops.

“You should have some f—ing respect for people who served, especially people that lost their life to protect our freedom,” Boone said according to ESPN. “We’re out here playing a game, making millions of dollars. People are losing their life, and you don’t have the common courtesy to do that. That just drove me nuts.”

Boone has a brother who was in the Marines and served in Iraq. He said that while Kaepernick can do what he wants, the two probably would have had problems if they were still on the same team.

Boone is the latest in a string of current NFLers who have pushed back on Kaepernick’s comments, including Victor Cruz and the New York Giants.

Despite the criticism, Kaepernick has stood by his decision and will reportedly continue to do so because he will not, “stand up to show pride in a flag for a country that oppresses black people and people of color.?