Details of Ezekiel Elliott’s possible suspension are beginning to emerge, and the Cowboys should be terrified 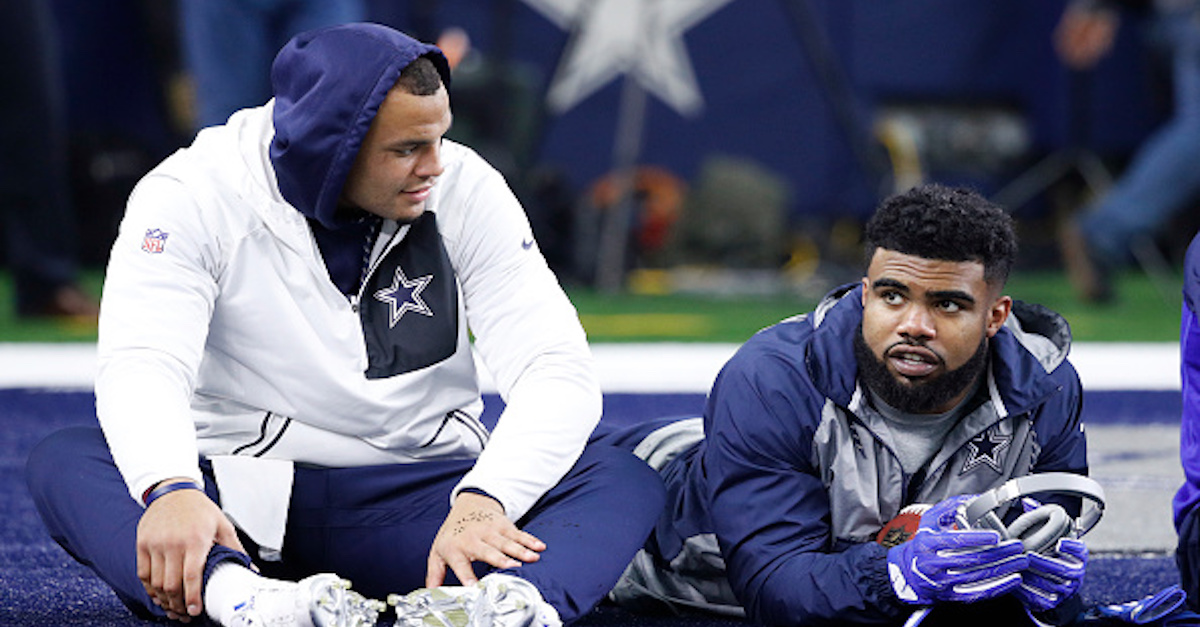 Joe Robbins/Getty Images
ARLINGTON, TX - JANUARY 15: Dak Prescott #4 and Ezekiel Elliott #21 of the Dallas Cowboys look on before the NFC Divisional Playoff game against the Green Bay Packers at AT&T Stadium on January 15, 2017 in Arlington, Texas. The Packers defeated the Cowboys 34-31. (Photo by Joe Robbins/Getty Images)

Ezekiel Elliott remains one of the Dallas Cowboys top options on offense, leading the NFL in rushing in just his rookie year. But the league apparently is about to drop the hammer on Elliott and that’s bad news for everyone involved.

When Zeke Elliott learns his fate, the expectation is it includes discipline. The benchmark is 6 games, could be fewer. Fine possible, too

Ezekiel Elliott was allegedly involved in a 2016 incident in which he was accused of domestic violence by a now ex-girlfriend. While charges were never filed in the case, the NFL refused to close the investigation. The woman he allegedly abused shared pictures via Instagram of her reported injuries: