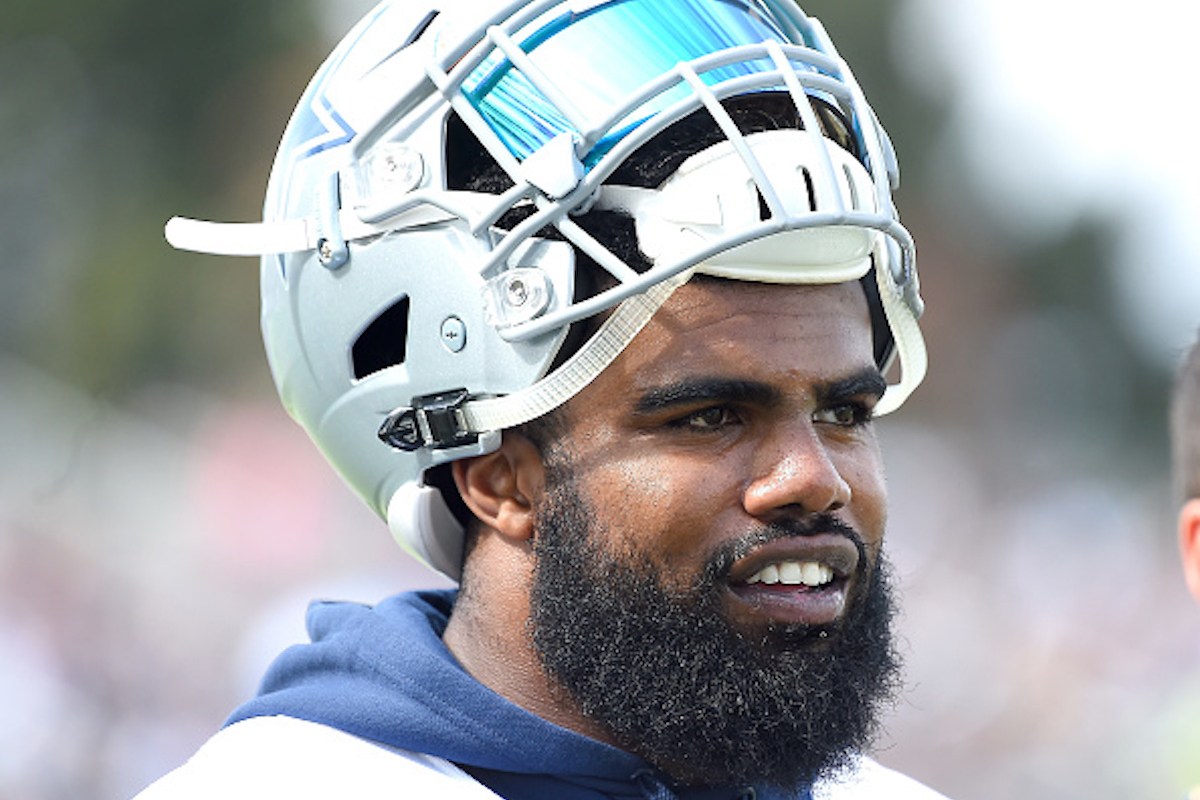 Ezekiel Elliott’s six-game suspension is, by far, the biggest news in the NFL world right now and there is a great deal of focus on the immediate future of both Elliott and the Dallas Cowboys.

My son's legal team is ready to fight! Let's deal!!! You will know the set up and PLOT! pic.twitter.com/GSt7QTJehs

“The report also details a text message in which Thompson told Elliott: ‘You better be smart. And not be a dumb man.’

“After not being allowed in the after party, she was heard yelling and screaming that “you career is over” and then proceeded to call the police.

“Elliott is also “100 percent certain” Thompson told him on July 22: ‘You are a black male athlete. I’m a white girl. They are not going to believe you.’

“Per the documents, Friel was unable to give an clear endorsement of Thompson’s credibility because she repeatedly misled investigators.

“The above threats were made on July 21 and the early morning of July 22, the date Thompson called to police accusing Elliott of assaulting her while they were in a parked vehicle.”

“I am both surprised and disappointed by the NFL’s decision today, and I strongly disagree with the League’s findings.

I recognize the distraction and disruption that all of this has caused my family, friends, teammates, the Dallas Cowboys organization as well as my fans – for that I am sincerely sorry.

I admit that I am far from perfect, but I plan to continue to work very hard, on and off the field, to mature and earn the great opportunity that I have been given.

Elliott made sure to “admit that (he is) far from perfect” but he certainly isn’t happy about the NFL’s decision to sit him down for six games.

The NFL suspended former No. 4 overall pick Ezekiel Elliott on Friday for the first six games of the 2017-18 season stemming from an investigation into alleged domestic violence incidents.

His agent responded with fury on Friday afternoon.

“The NFL’s findings are replete with factual inaccuracies and erroneous conclusions and it “cherry picks” so called evidence to support its conclusion while ignoring other critical evidence.

For example, both Columbus Prosecutor’s office as well as the NFL investigators expressly concluded and conveyed to our office (and others) that the accuser was lying about an alleged July 22, 2016 incident whereby she accused Mr. Elliott of pulling her out of her car and assaulting her. An allegation that was ultimately undermined by her own friend’s affidavit which stated that no such assault occurred. The affidavit also outlined the accuser’s plan to orchestrate a story to police to in order to corroborate her false allegation of assault. In addition, the NFL’s own medical experts concluded that many of her injuries predated the week in question and likely occurred during a period of time when Mr. Elliott was not in contact with the accuser. During the upcoming weeks and through the appeal a slew of additional credible and controverting evidence will come to light.”

According to Ian Rapoport, the league threatened “potential banishment” for any additional violations:

He will have three business days to appeal the decision, per the report.

There is some buzz that the talented former Ohio State running back could escalate his appeal to the point where it takes months and months to fully resolve.