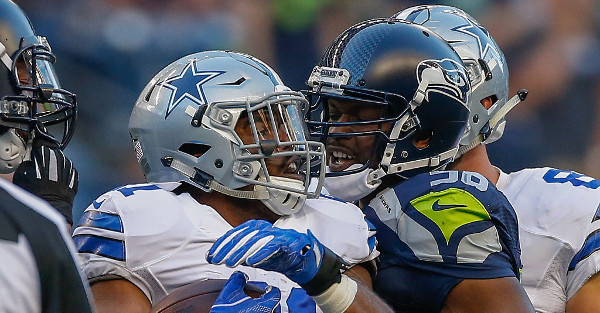 Despite starting a rookie at quarterback, fellow Dallas Cowboys running back Ezekiel Elliott she has a good bit of confidence heading into Week 1 of the NFL regular season.

Knowing that his unit has one of the top offensive lines in the game, a top-10 wideout in Dez Bryant and a future Hall of Famer in Jason Witten, Elliott found it hard not to boast when asked what will happen when defenses try to shut down either the Cowboys run game or the passing game, per SportsDay:

“We got the best offensive line in the league, so we’re going to run the ball regardless,” Elliott said. “I think we have enough weapons on offense. I don’t think they can try to cut the running game or the passing game out. We got too many weapons.”

Elliott will have an opportunity to follow up his projection when the Cowboys face off against the New York Giants next Sunday, September 11.