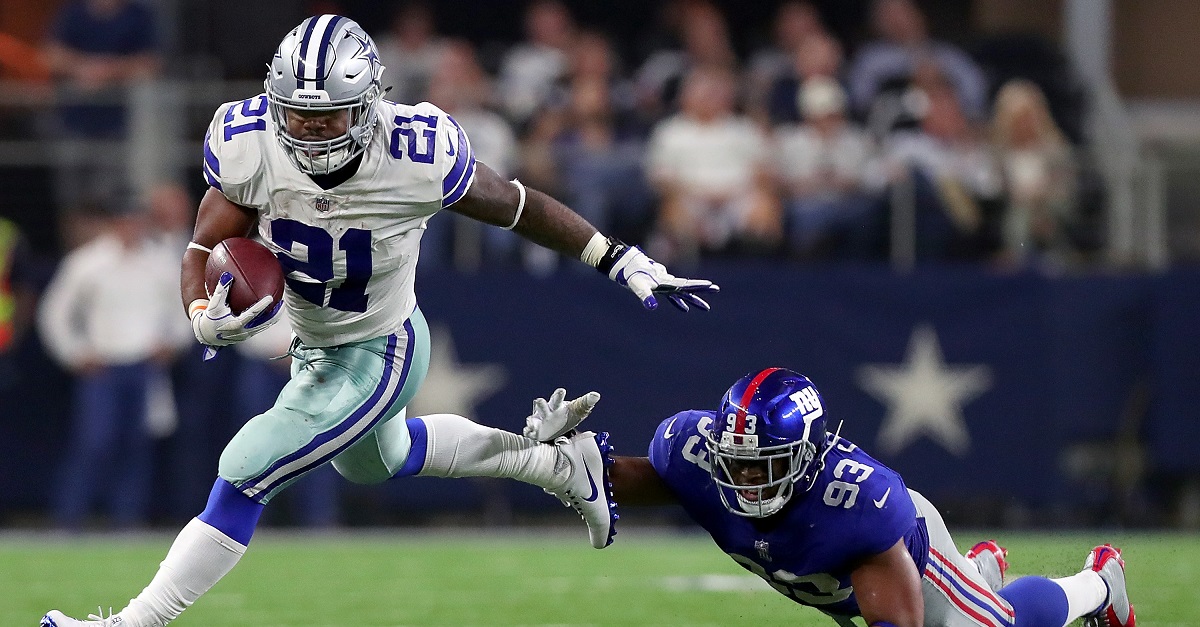 Dallas Cowboys running back Ezekiel Elliott has been able to play his first game of the year despite his ongoing case with the NFL over some off-field issues. He was granted an injunction against the NFL on Friday, which means his suspension was temporarily blocked by a federal court while he appealed the decision. Now, the NFL is preparing to strike back according to NFL Network’s Ian Rapoport:

.@NFL spokesman Joe Lockhart says NFL will file a appeal to stay the ruling in the court of appeals, as well as request for expedited action

Per @SportsLawGuy, Zeke Elliott expedited appeals timeline should be similar to Brady — arguments in Sept, hearing in Jan, decision in Apr.

That is unless the court grants a stay. https://t.co/256EGI3ejv

The Commissioner’s Exempt list is the one Adrian Peterson was forced on to that kept him out of games in 2014 after his child abuse indictment.

Commissioner Roger Goodell likely doesn’t want this thing dragging out like the deflated ball incident with the New England Patriots and Tom Brady. That took an entire season to settle and eventually resulted in a four-game suspension for Brady the year after such an action should have been taken.