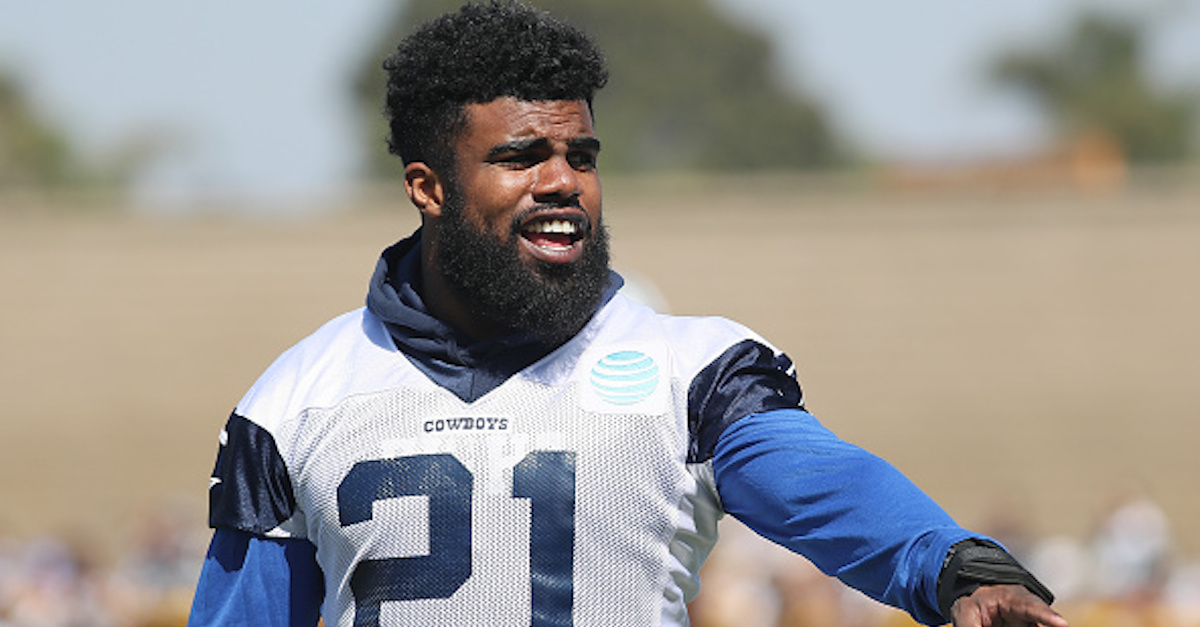 Dallas Cowboys running back Ezekiel Elliott’s suspension has officially begun as announced by the NFL:

NFL announces that Elliott's suspension begins immediately. He is eligible to return to Cowboys on Nov. 26

Elliott’s injunction to have the suspension delayed has been appealed successfully by the NFL and so they are able to suspend him immediately. That means Elliott is going to miss a classic Thanksgiving Day tradition when his team plays the Chargers this year.

Elliott has 393 rushing yards so far this year on 105 carries with two touchdowns as well as one receiving touchdown and 134 receiving yards.