Facing what could be his last shot in the NFL, this former top 3 pick put the work in to be ready to go 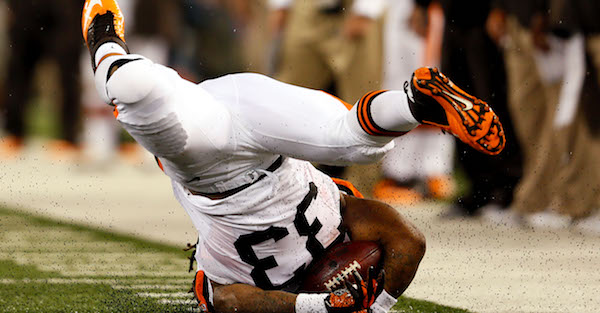 during the NFL Game at M&T Bank Stadium on September 27, 2012 in Baltimore, Maryland.

After fizzling out in stints with the Cleveland Browns, Indianapolis Colts and Oakland Raiders, the former No. 3 overall selection is facing what could be final stint, after signing with the Baltimore Ravens.

While Richardson has certainly bet on himself, inking a one-year, $675k deal with no guarantees, the running back has trimmed his weight, cutting 22 pounds in preparation for the season:

For all the people who counted this man out!!! Trust me when I tell you he is war ready, he is in the best shape of his life and a mindset of a King focused on the next territory to conquer! He will shock the NFL this year… Go shine like the star you are my guy!!! #warehousegang #nodaysoff #grindliketherentdue #itsbetterthisway #nfl and yeah that's 240 to 218!!!! @ryromano

While cutting weight should help, missing gaping holes in the running game could be his ultimate downfall.