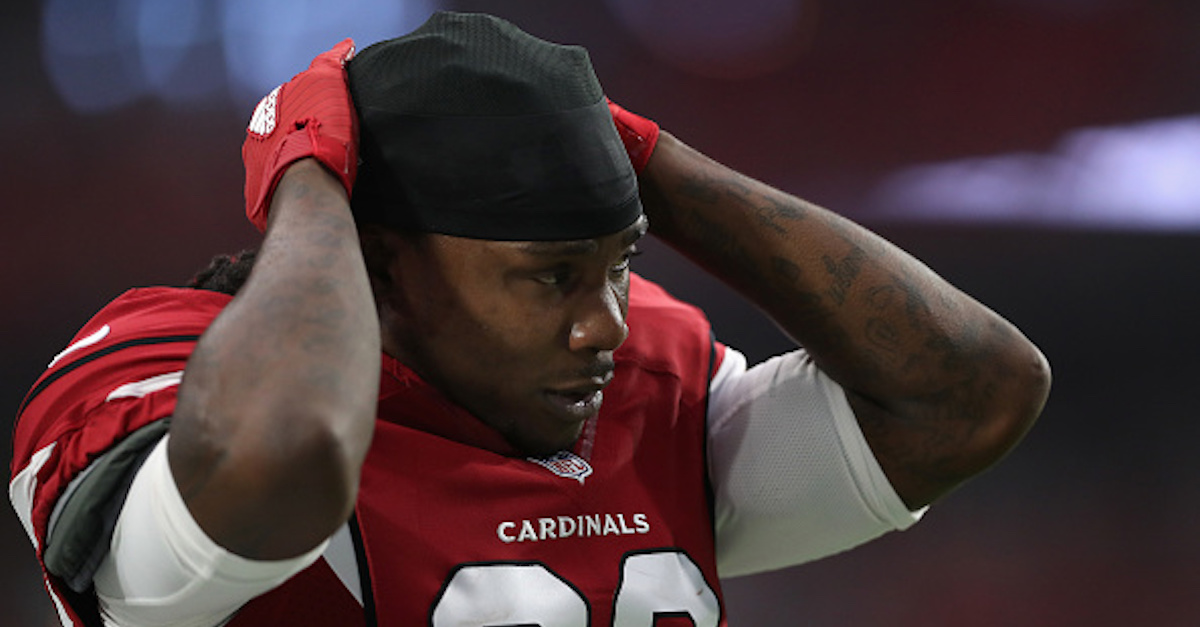 Adrian Peterson was traded from the New Orleans Saints to the Arizona Cardinals, and while that may be good news for Arizona in light of David Johnson’s injury, it has led to bad news for former All-Pro running back Chris Johnson.

In an effort to make room on the roster for Peterson, a former All-Pro in his own right, Arizona has released Johnson from the roster. Notably, Johnson started the past few games for Arizona, but he never got the production that at one point made him one of the most explosive running backs in the NFL.

He rushed for 114 yards on 45 carries of the past few weeks, never finding the end zone.

It was obvious that Arizona needed to make a move in order to revive a once strong running attack, and the Cardinals obviously felt that Peterson was the answer to their problems on the ground. This despite the fact that he only rushed for 81 yards on 27 carries in four games for the Saints this season.

Peterson never truly got a chance to get going in a crowded New Orleans’ backfield, and with Drew Brees at the helm, the run game was never going to be a strong option for the Saints anyhow.

Still, some felt Peterson deserved more of a chance in New Orleans. Ironically, one of those people was Chris Johnson, who Tweeted in mid-September that Peterson needed to get more touches.

Well, unfortunately for Johnson, Peterson will now likely get his heart’s desire of touches in Arizona. Meanwhile, the former Tennessee Titans star is out of a job.

Life can be ironically cruel sometimes. Think before you tweet people.