Following its latest player haul, one team is the overwhelming favorite to win the Super Bowl 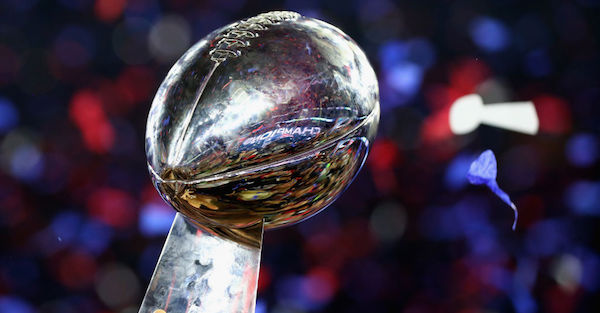 The New England Patriots won their fifth Super Bowl in franchise history last season, and they are the overwhelming favorites to repeat as champions after a busy offseason.

Related: DeflateGate has emerged yet again after Patriots make trade for Brandin Cooks

According to Bovada, the Patriots are now 4-1 favorites to win the Super Bowl next season after opening as 5-1 favorites. The Seattle Seahawks, Dallas Cowboys and Green Bay Packers are a distant second at 10-1, followed by the Atlanta Falcons at 12-1 and the Pittsburgh Steelers at 14-1.

The Patriots made a bevy of moves to start the offseason, including the signing of former Buffalo Bills corner Stephon Gilmore, former Cincinnati Bengals running back Rex Burkhead and former Baltimore Ravens defensive end Lawrence Guy.

Perhaps the most important move the Patriots made in the offseason was retaining linebacker Dont’a Hightower. The Pats also re-signed Duron Harmon and Alan Branch.

No team has repeated as Super Bowl champions since… wait for it… the New England Patriots in 2003 and 2004. New England has made six straight appearances in the AFC Championship Game, and they have won two of the last three Super Bowls.