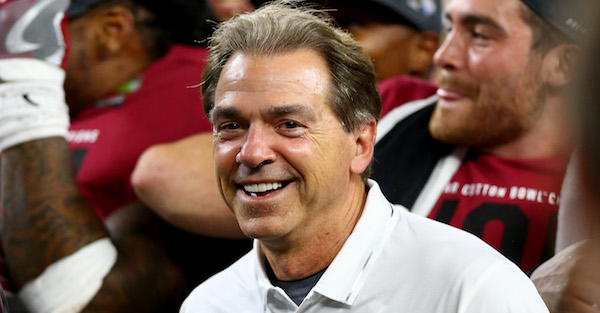 While plenty of former Alabama players will receive attention ahead of the NFL Draft, tight end O.J. Howard wasn’t necessarily at the top of the list.

According to Sporting News, Howard “will be drafted within the top 15 picks, and his ceiling may be the Jets at No. 6.”

Paired with a 6’6″, 249-pound frame, Howard has all the physical gifts that could make him a top-tier tight end.

He caught 45 passes for nearly 600 yards and three touchdowns, but wasn’t necessarily seen as a top-tier draft choice — Mel Kiper previously picked the New England Patriots to select Howard at the end of Round 1.

This is an incredible reach if the Jets really do even consider taking Howard this high. He compares more favorably to Jared Cook than Rob Gronkowski.

He has minor blips of big games, but following the yearly routine of pointing out Howard should be more involved, he disappeared more often than not.

He’s certainly an asset, but shouldn’t go any lower than No. 11 to the New Orleans Saints. Other than that, there’s really not a likely slot until you get into the late round with the Denver Broncos, Dallas Cowboys or Patriots.