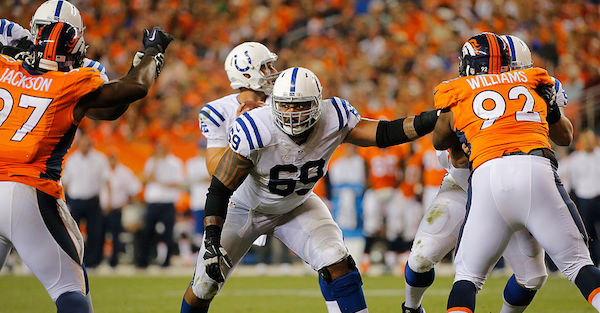 After only four seasons in the NFL, guard Hugh Thornton has decided to retire.

Thornton was drafted in the third round of the 2013 NFL Draft by the Indianapolis Colts, and he started 32 games during his four seasons with the franchise.

Related: Peyton Manning to finally be honored by Indianapolis Colts this upcoming season

Thornton missed the 2016 season with a foot injury and was placed on injured reserve by the Colts. He signed with the Atlanta Falcons in the offseason, but decided to retire at the age of 25.

G Hugh Thornton has announced his retirement from the NFL.

Thornton was a standout offensive lineman at Illinois from 2009-2012. He was selected as a member of the second-team All-Big 10 team in 2012 with the Fighting Illini.