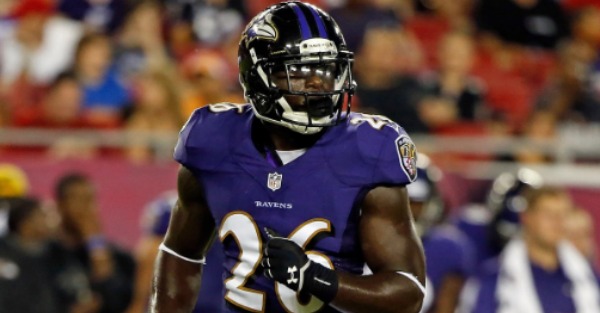 Matt Elam, the former Baltimore Ravens safety who was a first-round pick i n 2013, was arrested Sunday morning after police say they found drugs in his car, according to  a report in ProFootballTalk.

The report, quoting Miami-Dade police records, said Elam was pulled over after driving recklessly. Police found 126 grams of marijuana and three grams of oxycodone in his vehicle, the PFT report said.

Elam was taken to jail and booked on suspicion of possession of more than 20 grams of cannabis, possession of cannabis with the intent to sell or deliver, and possession of a controlled substance. There was no  word on whether he immediately posted bail or is being held in jail.

Police say they initially pulled Elam over for reckless driving and found 126 grams of marijuana and three grams of oxycodone in his vehicle, according to the PFT report.

The Ravens didn’t pick up the 25-year-old Elam’s fifth-year option, so he becomes a free agent next month.