Former Jet Cromartie to visit with this AFC East rival 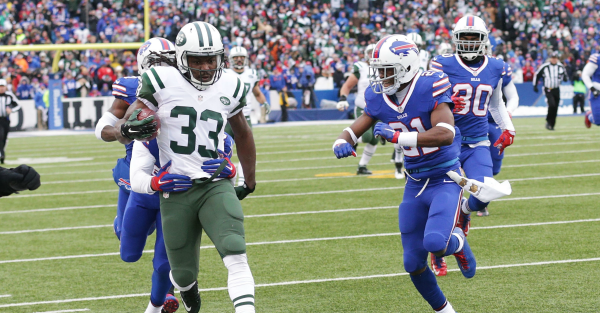 The AFC East really only has one rivalry and that’s everyone against the Patriots. It seems that the New York Jets and Buffalo Bills might get something going though as former Jets cornerback Antonio Cromartie is visiting with the Buffalo Bills.

Former #Jets CB Antonio Cromartie is expected to visit the #Bills, source says. Rex Ryan is intrigued by a reunion.

If Ryan and Cromartie reunited in Buffalo that could certainly add some spice for the bi-annual duel between the two teams. Cromartie would give the Bills an upgrade on the defense and help Ryan improve that unit that disappointed so many fans last season.