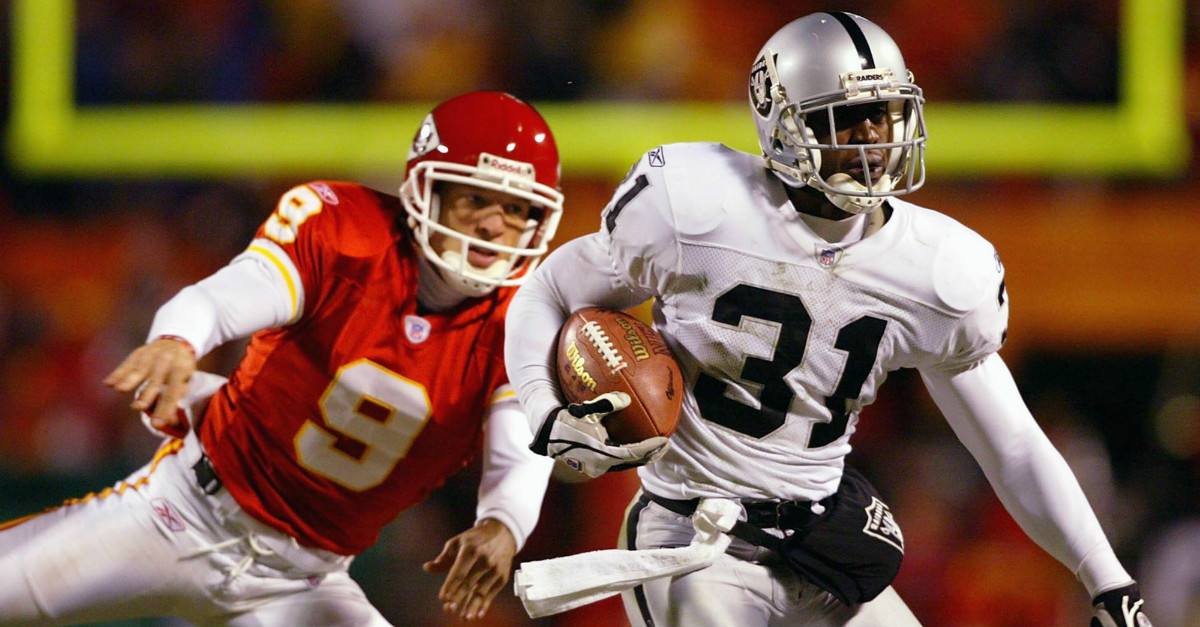 This is definitely one of the most unfortunate stories I have heard about from a player that was selected in the NFL draft. Phillip Buchanon was taken 17th overall by the Oakland Raiders in 2002. At that point in his life, it was probably the best day of his life.

Not surprising, but one of the first people who contacted him after he was drafted was his mother. But his mom didn’t just call him to congratulate him, she wanted some of his money.

Buchanon’s mother told her son that he owed her $1 million for raising him. She was serious.

Soon after the draft, she told me that I owed her a million dollars for raising me for the past 18 years. Well, that was news to me. If my mother taught me anything, it’s that this is the most desperate demand that a parent can make on a child. The covenant of having a child is simply that you give your child everything possible, and they owe you nothing beyond a normal amount of love and respect. There is no financial arrangement.

The former DB says his mother had mentioned the $1 million before, but he always thought it was a joke. But she was dead serious. He never gave her the money, but he did buy her a house. That turned out to be a disaster.

When I told my mother she would have to take care of the maintenance after I paid off the mortgage on her house, she told me she would not be able to afford the upkeep on a house that big. In fact, she made it seem like it was my fault for picking out a house that big. In part, she was right. I bought her a house with my luxury taste and no real wisdom behind it. It was an uneducated purchase.

Buchanon was nice enough to offer to buy his mother a different house to her liking or give her $15,000 in cash. She opted for the money.

I offered to buy her a comfortable house in my name for her to live in. This way she wouldn’t have to take out any loans or put my little sister and brothers in a situation where the roof over their heads could be taken away. She’d move out of the house that was too big for her and into this new one. Instead, she opted for $15,000 cash. She told me that if the new house didn’t have space for two living room sets, she didn’t want it.

The whole point of the book is to educate the newest draftees to not make “the same mistakes I did.” He furthers details how he always had family members come to him with “emergencies.” The emergency never got fixed, but the check was always cashed.

That’s the problem when you have loads of money. People will take always try to advantage of you. It’s up to you on how you control those situations. Buchanon didn’t handle it well, and now he wants other to learn from his problems.