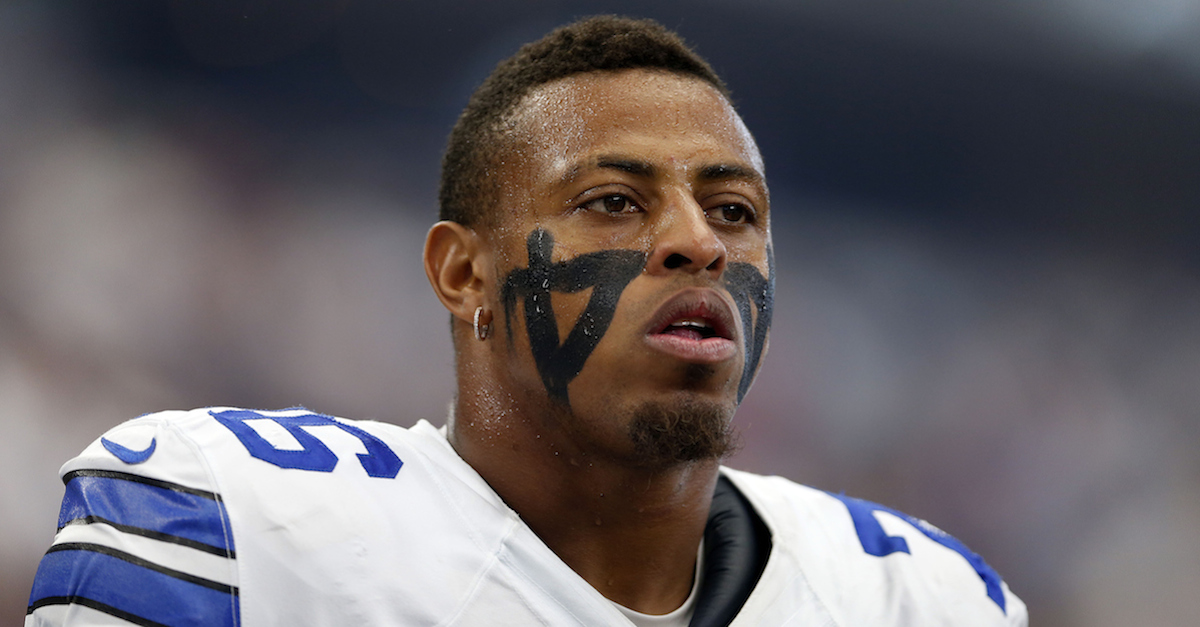 Greg Hardy hasn’t played football since 2015, but he is hoping to make a comeback to the league by repairing his image and participating in the Spring League.

He told Bleacher Report that he did not violate the NFL’s personal conduct penalty, which resulted in a four game suspension in 2015.

“I’m working to get the Greg Hardy name back in good standings, and for redemption,” Hardy said about playing in the new Spring League. “An apologetic, happy comeback. Get to the Hall of Fame.”

Hardy said he was on the “black side of things” as far as how he is perceived around the league and by fans, but he is working to change that now.

“It’s hard to fight the fans,” he said. “You can’t be right about somebody if you don’t know them — that’s just a basic common decency fact. But nobody wants to attest to that, so I have to show that Greg Hardy is not a f—ing psychopath. And I say ‘f—ing’ because it’s that extreme. I want people to see that, instead of reading and believing the latest stories.”

Hardy continues to maintain his innocence regarding his domestic violence suspension when he was with the Carolina Panthers. Hardy was accused of abusing his then girlfriend, Nicole Holder, but the charges were dropped despite pictures being released showing how Holder was abused.

Hardy told Bleacher Report he shouldn’t have been suspended because he wasn’t convicted.

After five successful seasons on the field with the Carolina Panthers, Hardy was released after the domestic violence accusations. The Dallas Cowboys signed him to a one-year deal, and Hardy had six sacks in 2015 with the Cowboys.

The Cowboys didn’t re-sign Hardy after the season, and now he is attempting to make a comeback. Hardy has had several off-the-field issues in addition to domestic violence, including an arrest for cocaine possession in 2016.