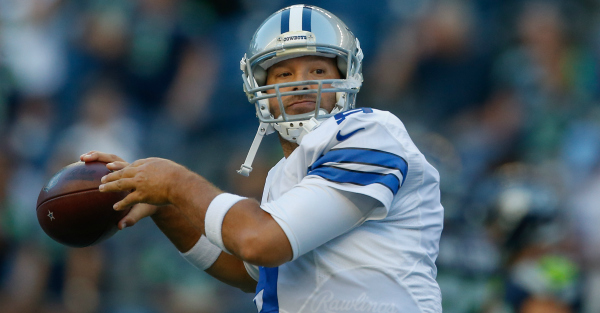 The Dallas Cowboys are rolling behind rookie quarterback Dak Prescott and running back Ezekiel Elliott.

With Dallas missing quarterback Tony Romo over the first six games of the season and wideout Dez Bryant for the last few wins, former NFL Pro Bowler Donovan McNabb opined that the Cowboys should move two of their top talents and rebuild in the draft.

After inking a five-year, $70 million extension last summer, it’s incredibly questionable to even consider trading a top-five wideout in the NFL, despite his injury-prone issues and reported missed meetings.

Romo has three addition years on his contract, worth $14, $19.5 and $20.5 million over those years, respectively. Despite his abilities, would any team even consider trading for a 36-year-old quarterback coming off back and clavicle injuries in consecutive years?

The Cowboys are rolling right now, but let’s not get ahead of ourselves in terms of moving some of the league’s elite.