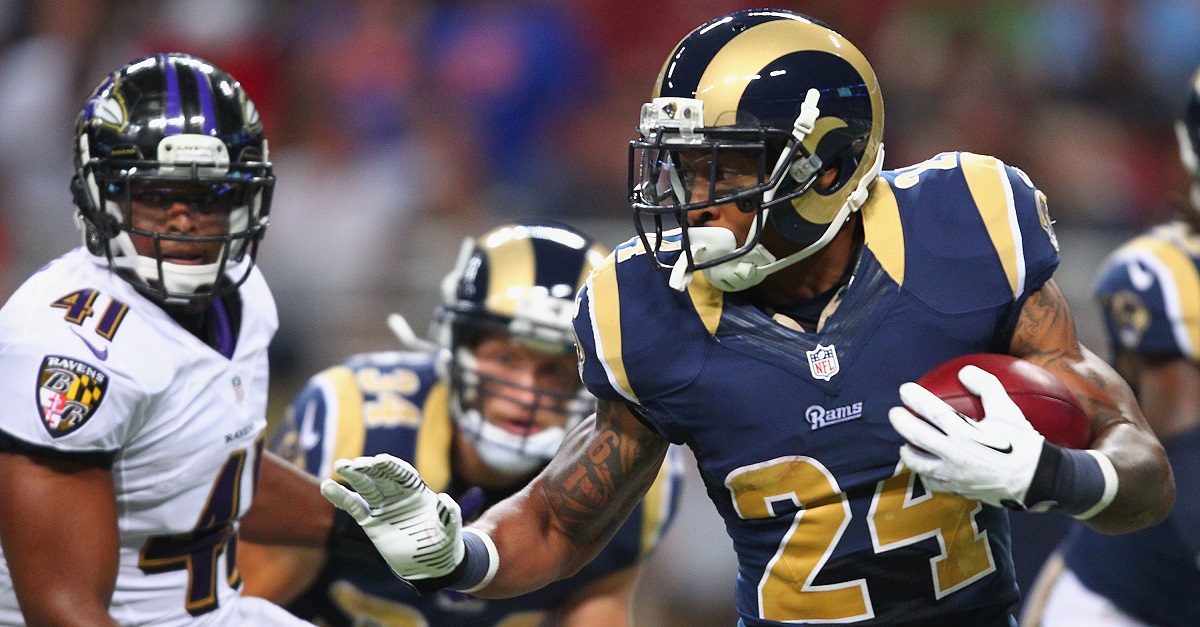 Former second-round pick Isaiah Pead was in a serious car crash over the weekend and it looks like that crash has officially ended his career. Pead was driving in Columbus, Ohio with former Cincinnati defensive back Wesley Richardson early Saturday morning when their car veered off the highway.

He was brought to the hospital in critical condition and has lost part of his left leg, thus ending his career. He was drafted by the St. Louis Rams in 2012 out of Cincinnati and played three games for the Miami Dolphins this year. He reportedly had a workout with the Kansas City Chiefs earlier last week.

According to the crash report, drugs and alcohol were not factors in the accident, but the car was traveling over 90 miles per hour when it spun out of control. Rams coach Jeff Fisher said on Sunday that he was informed by Pead’s mother that her son’s career was over.