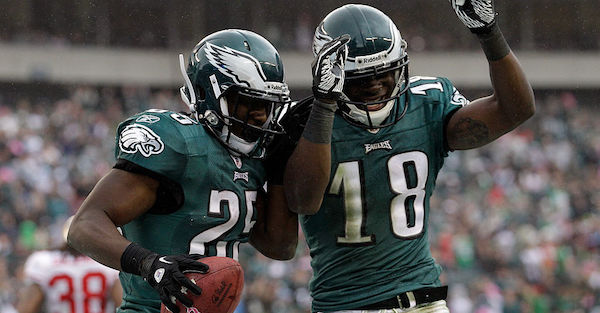 Former Pro Bowl receiver Jeremy Maclin was released by the Kansas City Chiefs, and he is already being recruited to join a new team this offseason.

Buffalo Bills running back LeSean McCoy told reporters he is actively recruiting Maclin to join him in Buffalo. McCoy and Maclin were teammates with the Philadelphia Eagles from 2009-2014.

First guy Jeremy Maclin talked to when he was cut? LeSean McCoy. He wants Maclin in Buffalo. "Don't be surprised if it happens #Billsmafia pic.twitter.com/BREsbDiwgh

Bills quarterback Tyrod Taylor is also joining in on the recruiting pitch.

Taylor and the Bills offense need help at receiver. Top wideout Sammy Watkins is a dynamic playmaker when healthy, but he’s missed 13 games in the last two seasons.

The Bills drafted former East Carolina receiver Zay Jones in the second round of the draft, but Maclin would certainly help bolster the team’s receiving corps.