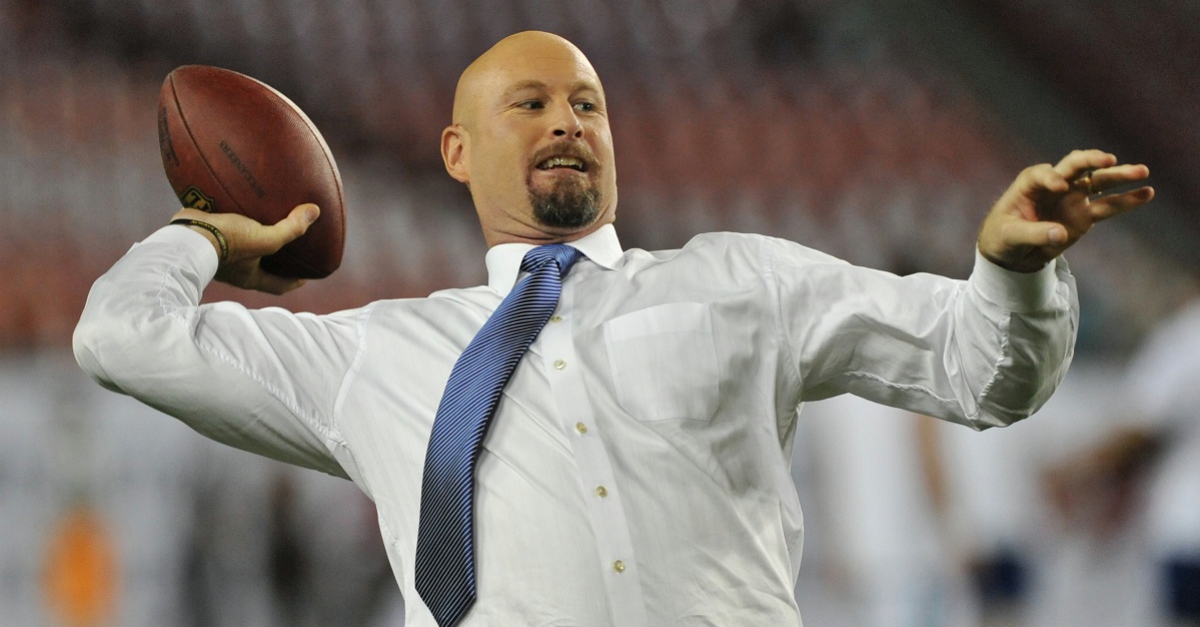 Former ESPN NFL analyst Trent Dilfer confirmed Wednesday afternoon that he was the latest employee at ESPN to get laid off.

Laid off by ESPN today.Although sad cause I loved my job, mostly filled w/gratitude & appreciation for the 9 years #GreatFriendsAndTeammates

Dilfer is one of the biggest names thus far in all the ESPN lay-offs that are going into effect Wednesday, as he had been with the company for close to 10 years.

The former Baltimore Raven started at the NFL Network as a guest analyst following his retirement from the NFL, so it should be interesting to see if that’s ultimately where the former Super Bowl winner winds up.

Dilfer played 13 seasons in the NFL that included a Super Bowl win with the Baltimore Ravens against the New York Giants.