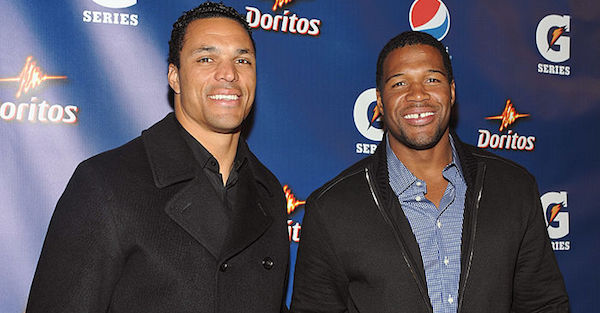 Earlier this year, Tony Gonzalez made a surprising decision when he opted to leave CBS.

Gonzalez said then he wanted to find a broadcasting job in Los Angeles so he could be closer to his family. He was successful in finding that job as he has been hired by FOX to serve as an analyst on the network’s pre-pregame show, FOX NFL Kickoff, which airs from 11 to noon eastern on Sundays.

We look forward to having @TonyGonzalez88 at the FOX NFL KICKOFF desk this season! https://t.co/rjVfKqxucq

Gonzalez was at CBS for three years before he decided to leave, and his role was filled by Phil Simms. Simms was replaced in the booth by Tony Romo.

If Gonzalez is successful in his new role at FOX, he could move to the network’s primary Sunday pregame show. Terry Bradshaw and Jimmie Johnson are a bit older than most analysts, so Gonzalez could serve as a replacement for them down the road.