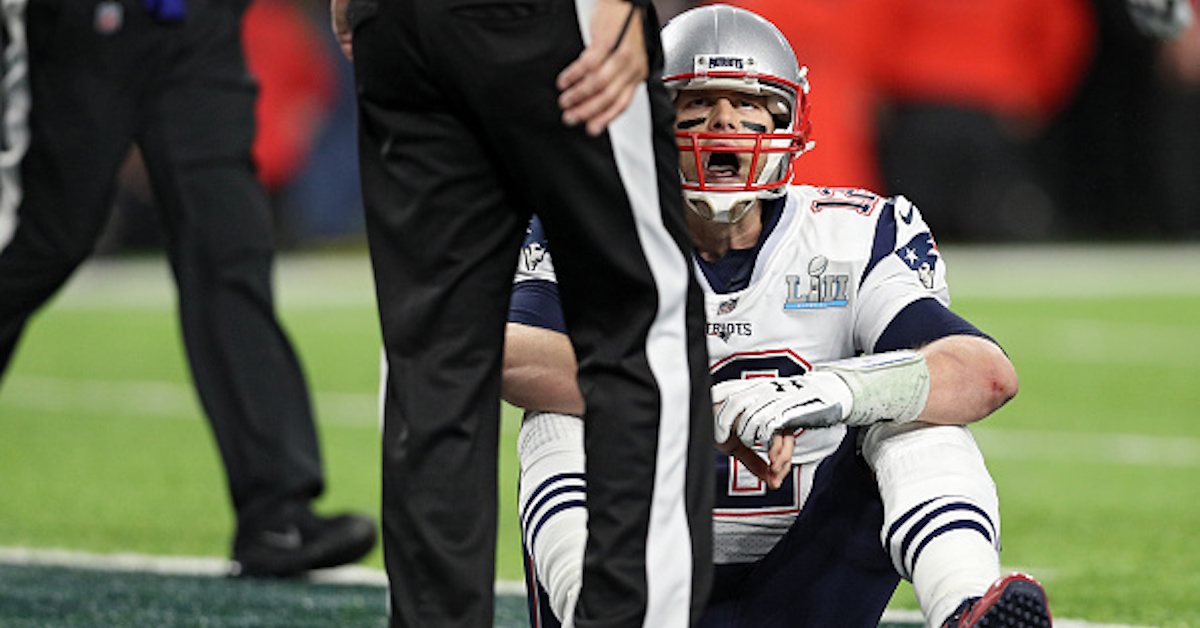 FOX Sports isn’t isn’t necessarily known for providing the greatest sports analysis in the history of sports analysis. The network has jumped head-on into “hot-take artistry” with the likes of Colin Cowherd and Skip Bayless leading the way, and apparently the bad takes rub off on just about anybody associated with those shows.

That includes Rob Parker, though it’s not like that’s a huge surprise coming from him.

Parker, speaking on Undisputed with Skip Bayless and Shannon Sharpe, was reacting to the New England Patriots recent loss in the Super Bowl to the Philadelphia Eagles. Naturally, as most hot takes tend to do, the conversation centered around one of the quarterbacks in the game.

And no, it didn’t have to do with the winner, Nick Foles.

Parker seems to believe that the loss somehow disqualifies Tom Brady from being considered the greatest quarterback of all-time as if everything he has done up to this point was erased by the Eagles.

Don’t believe us? Listen to Parker himself:

"Joe Montana is officially back in the spot of the greatest QB of all time. He is the GOAT — 4-0, 11 TDs, 0 INTs, 3 MVPs… With this loss now, Brady is out of the conversation." — @RobParkerFS1 pic.twitter.com/I0GkpZKvGU

To Parker’s point, Montana was phenomenal in Super Bowls, going 4-0 and not throwing a single interception in any of the games and walking away with three MVP’s.

That’s tough to beat, and Brady certainly hasn’t been perfect in Super Bowls, but considering the whole body of work from Brady plus the fact that he’s won five Super Bowls and has led his team to eight — that says a lot about just how good he really is.

Ultimately, we’re talking about two different quarterbacks in two different eras, but to say that Brady is no longer the GOAT because of this loss to the Eagles is simply a short-sighted argument — and that’s not to take anything away from Montana.