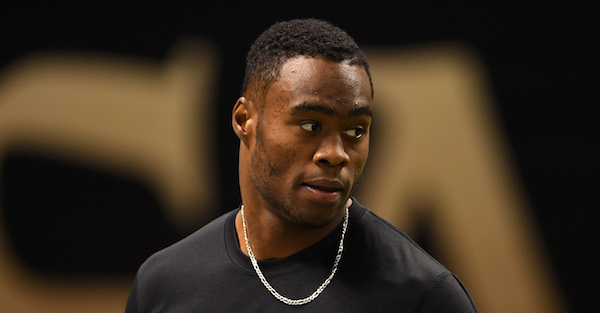 The New Orleans Saints have former first-round wide receiver Brandin Cooks on the trading block, and the Tennessee Titans are the favorites to acquire him right now, according to Charles Robinson of Yahoo! Sports.

Hearing #Titans may now be the front runner to trade for #Saints WR Brandin Cooks.

At least five teams have reached out to the Saints about acquiring Cooks, including the New England Patriots and Philadelphia Eagles, according to NOLA.com. The Saints want a first-round pick in return for Cooks, whom they selected with the No. 20 pick in the 2014 NFL Draft.

The Titans have two first-round picks thanks to their trade last draft with the Los Angeles Rams, who traded up to No. 1 to select Jared Goff. The Titans have the No. 5 and No. 18 picks in this year’s draft.

The Saints have the No. 11 pick in the first-round. Cooks is entering the final year of his rookie deal, and he will likely command a massive contract next offseason.