Frustrated Rams fans are calling for the most unlikely of saviours 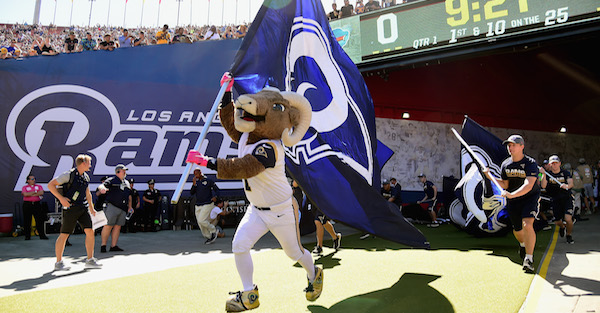 The Los Angeles Rams can’t seem to get anything going, and the 3-4 squad’s problems revolve plenty around the quarterback position.

After yet another rough outing for Case Keenum, fans were fed up and chanted first for Jared Goff, which is understandable since he was, ya know, the top pick in the NFL Draft.

Rams fans chanting "We want Goff!" at the Coliseum. pic.twitter.com/49gQiHVpCQ

And then the attention shifted to another, even more famous quarterback — Tim Tebow.

Time to make a call, Rams officials. Fans are getting fed up.