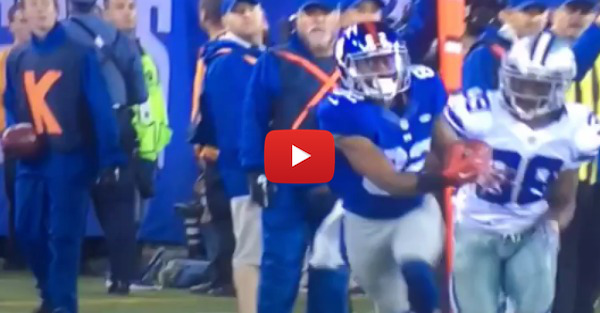 Late in the third quarter of the Giants-Cowboys game on Sunday, Giants receiver Rueben Randle made this awesome one-handed catch. This is the same game last season in which Beckham made his infamous catch.

Randle’s gain helped the Giants to a field goal, extending their lead to 20-13.